Depot WPF and ERFURT told about unique features of wallpaper 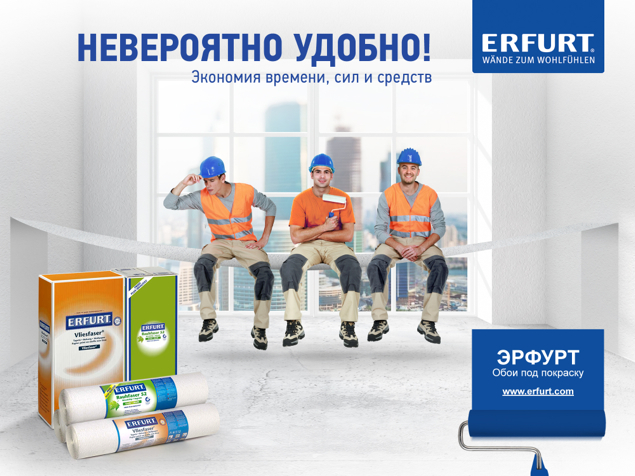 ERFURT company has been operating in Germany since 1927, the brand is familiar to several generations of customers and is perceived as market leader. Situation in the Russian market is different. ERFURT products appeared here just a few years ago and haven't acquired such popularity yet. “It takes a lot of time and effort to tell who we are instead of telling about the advantages of our products”, says Irina Pershina, marketing manager at ERFURT. “Besides, many products look very unusual for the Russian customer (for example, woodchip wallpaper or 100% nonwoven wallpaper). This often impedes the purchase decision. The purpose of the advertising campaign was to remove this barrier.

Depot WPF developed creative concept which introduces ERFURT brand and its basic products to the Russian customer. The image of a construction worker is in the center of the key-visual — at this stage the main target audience of ERFURT are construction organizations. “Despite the fact that the company is B2B-oriented, we avoided excessive solemnity. The tone of the advertising emphasizes the ease of work with the brand's production”, the creative director of Depot WPF Anastasia Tretyakova says.

One of the posters explains the key advantages of ERFURT brand in general. The others describe distinctive features of two main product lines. ERFURT-Rauhfaser wallpaper disguises the wall's flaws and may be hung on an unprepared surface. ERFURT-Vliesfaser nonwoven wallpaper prevents appearance of cracks, therefore strengthening the walls. 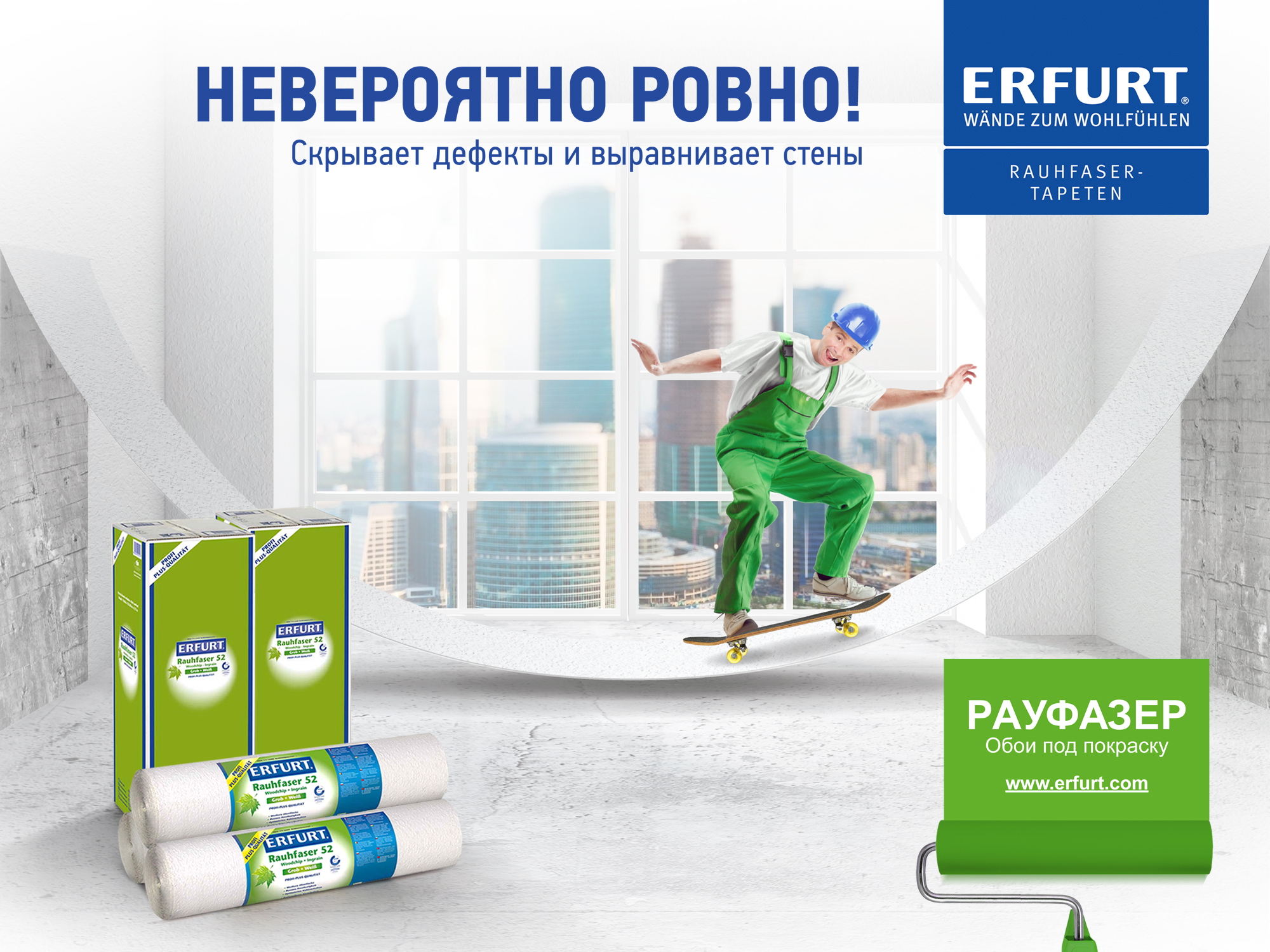 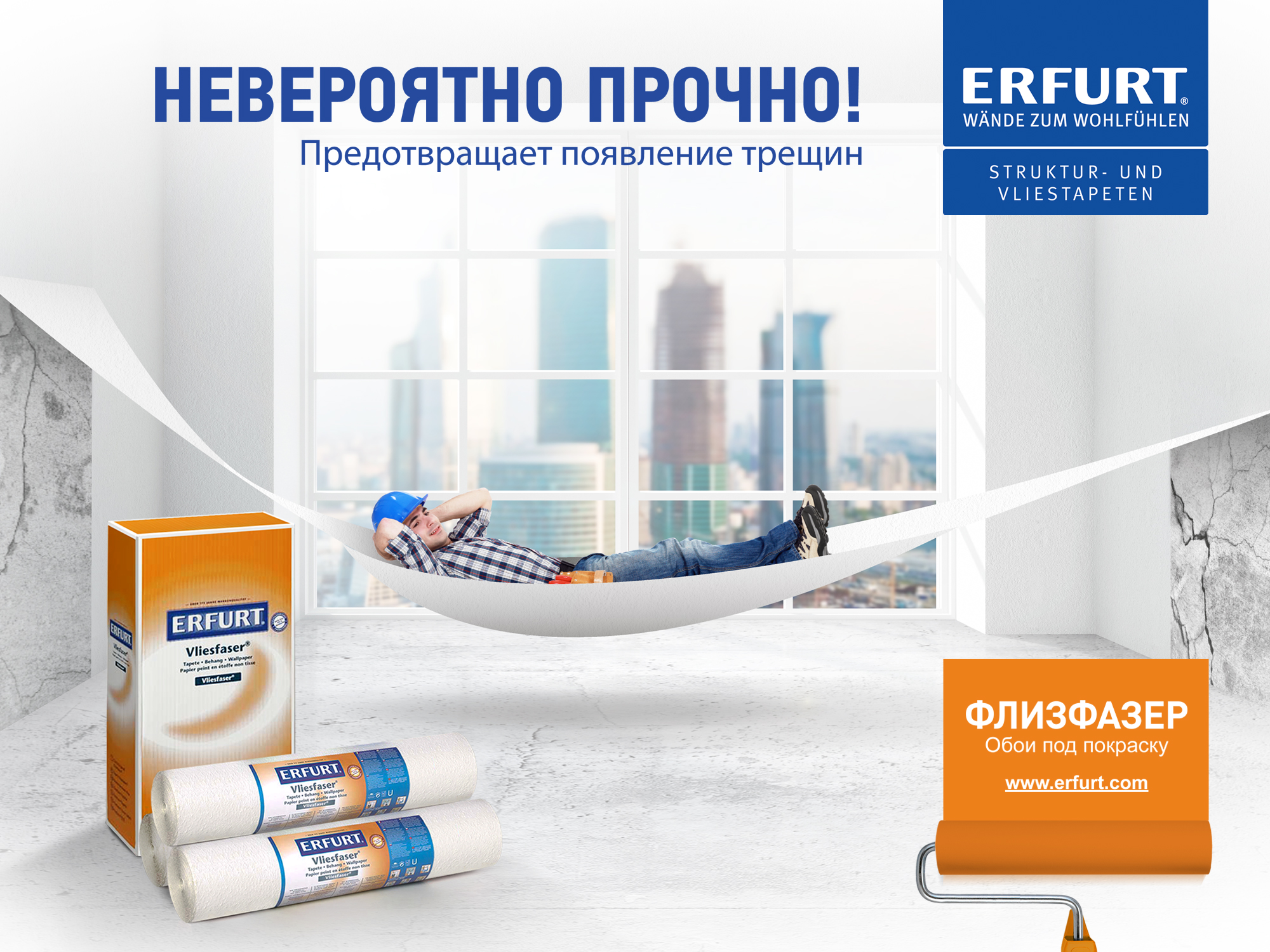 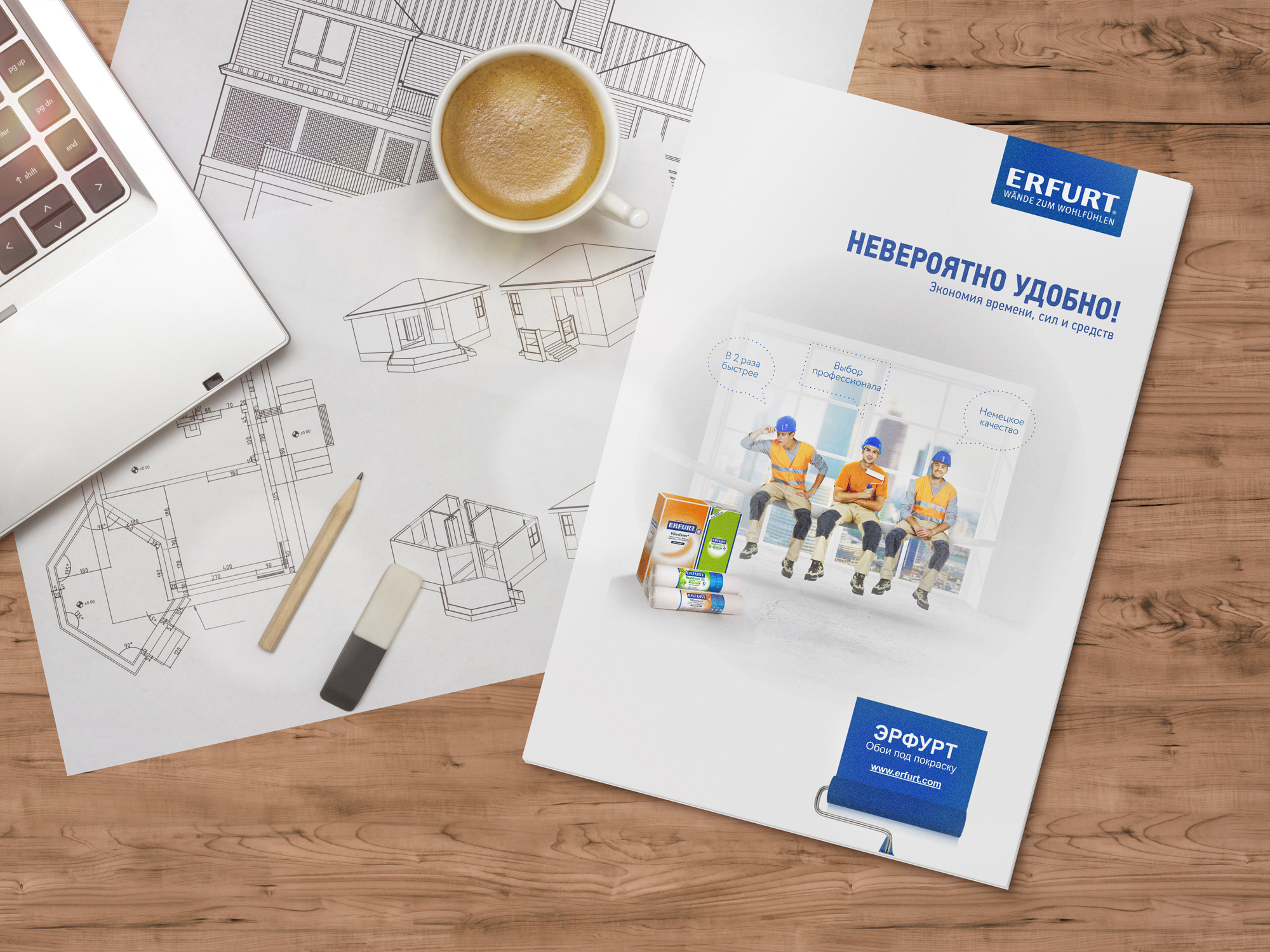 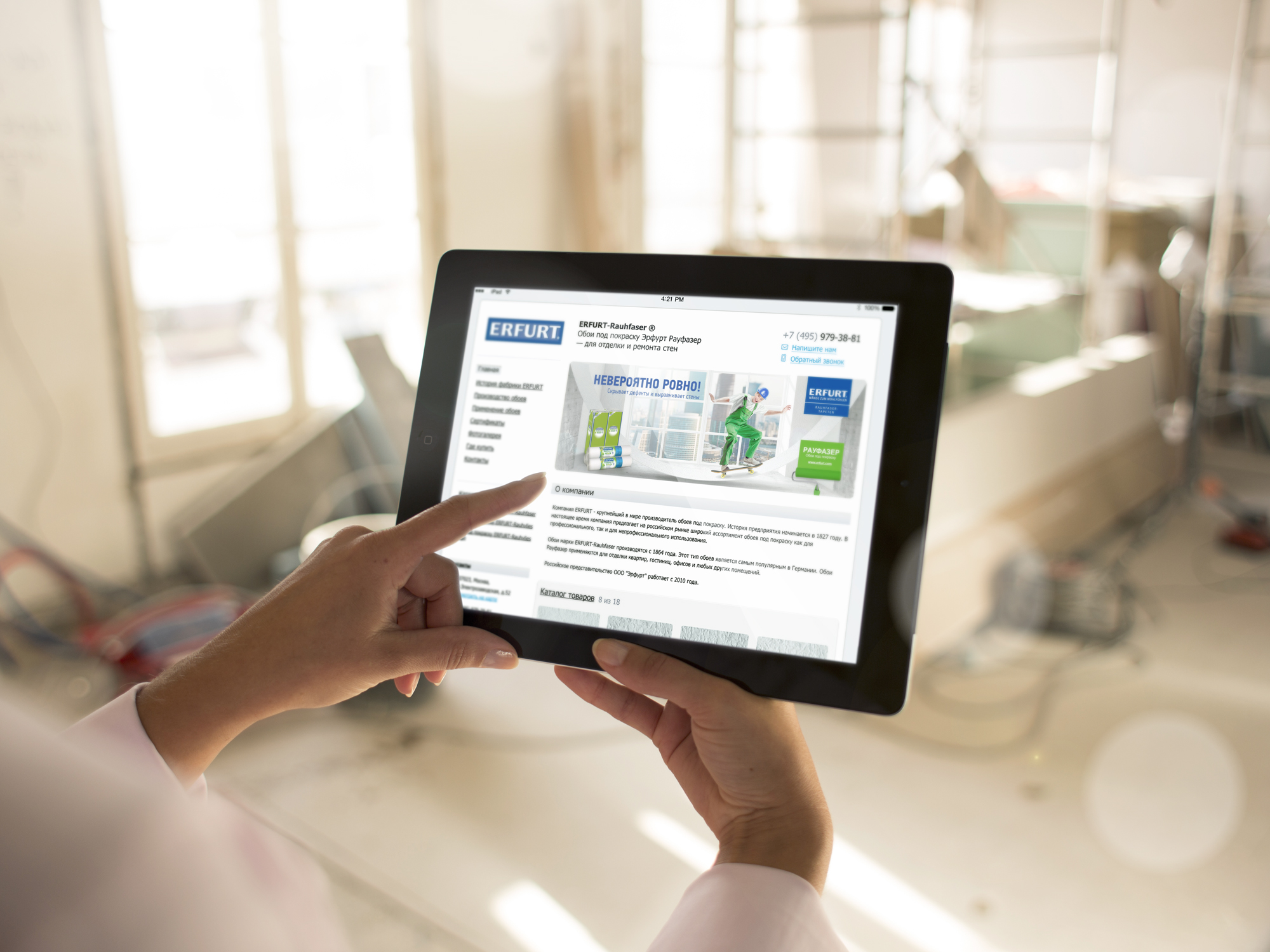 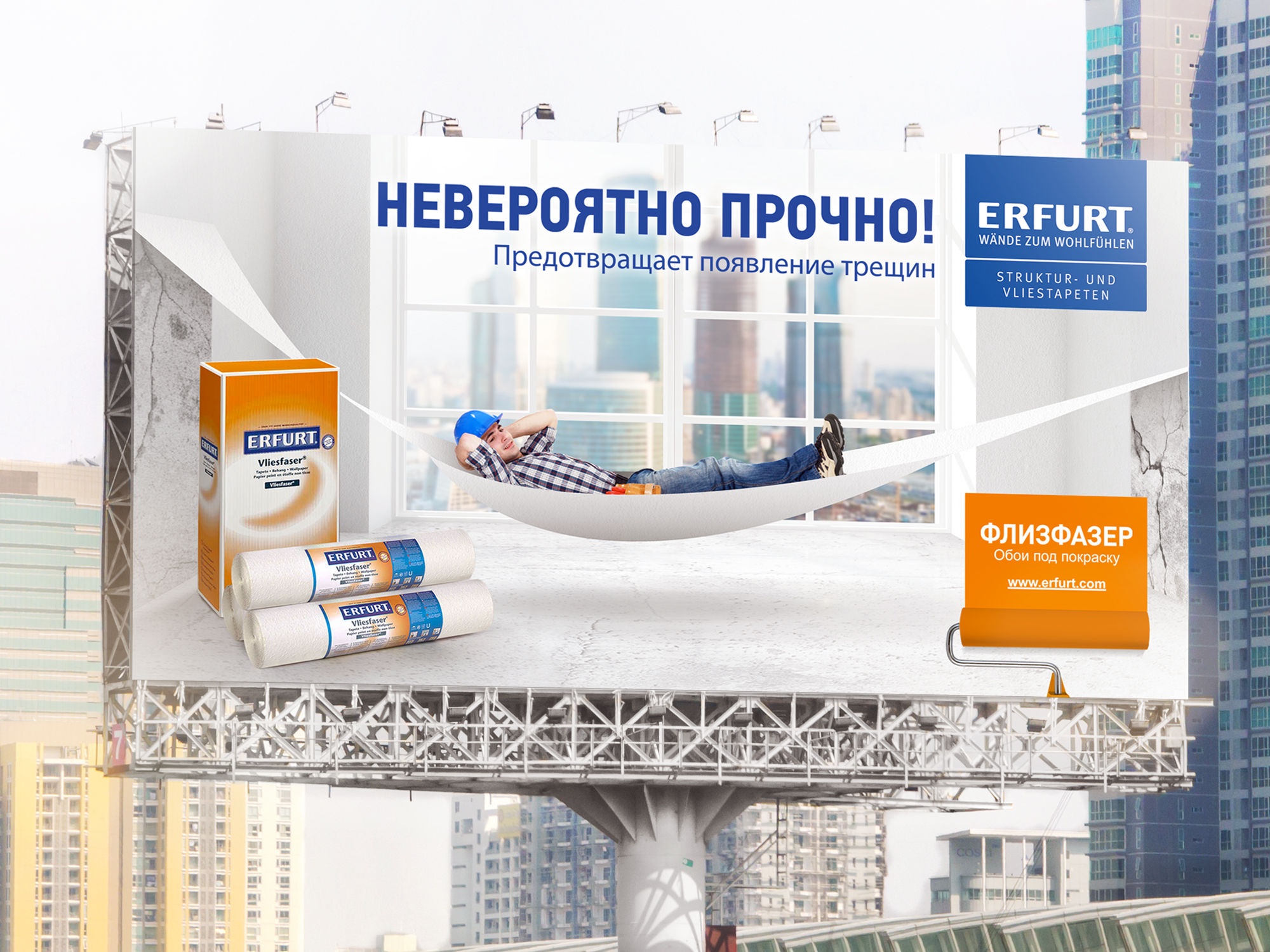 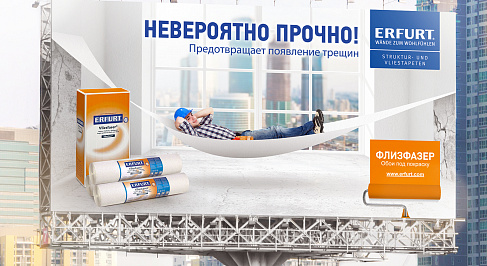