Depot WPF and the Central Children's Store are having a blast 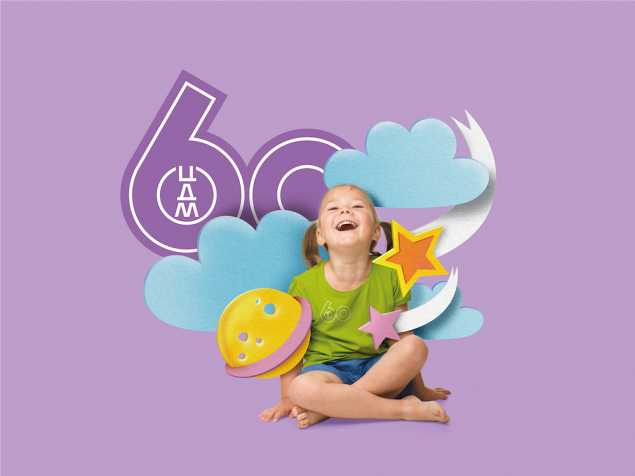 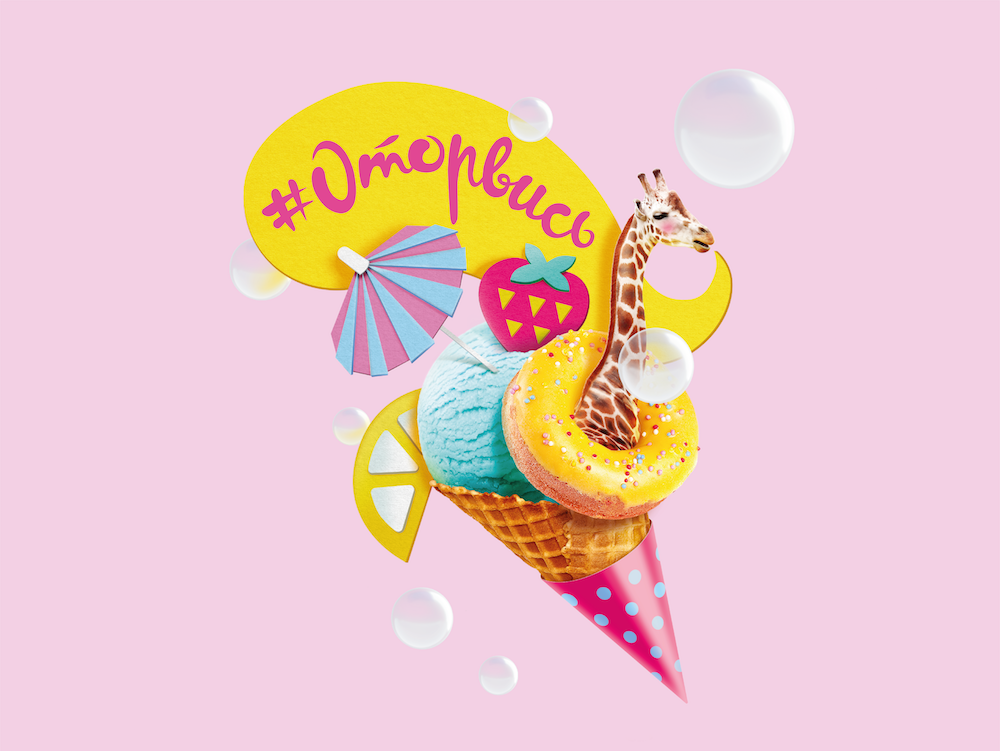 The task of developing the logo of the 60th anniversary was not easy: when creating a sign, it was necessary to take into account the history of the brand, its rich visual tradition. A revolutionary solution would be too risky, we chose evolution. At the heart of our solution is the roof sign, which is familiar to many generations and the presently existing roof sign with the abbreviation "DM". Delicately improving it, we made visual communications modern and kept recognizability. The circle that forms the basis of the sign, organically fits into the "60". 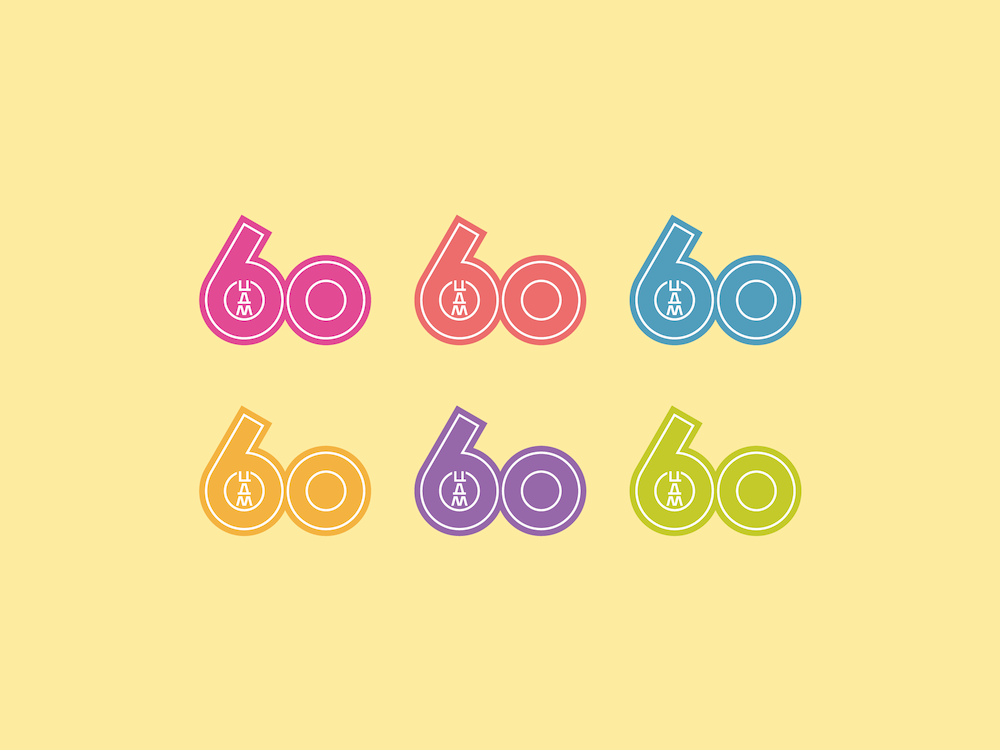 The concept of the holiday is based on the slogan "Otorvis!", which can have various interpretations and associations. Inspired by it, we developed key visuals, accurately conveying the atmosphere and mood of the holiday. Bright surreal collages attract attention and leave no doubt that the Central Store even being 60 years old is movштп with the times, remaining creative, fashionable and relevant. 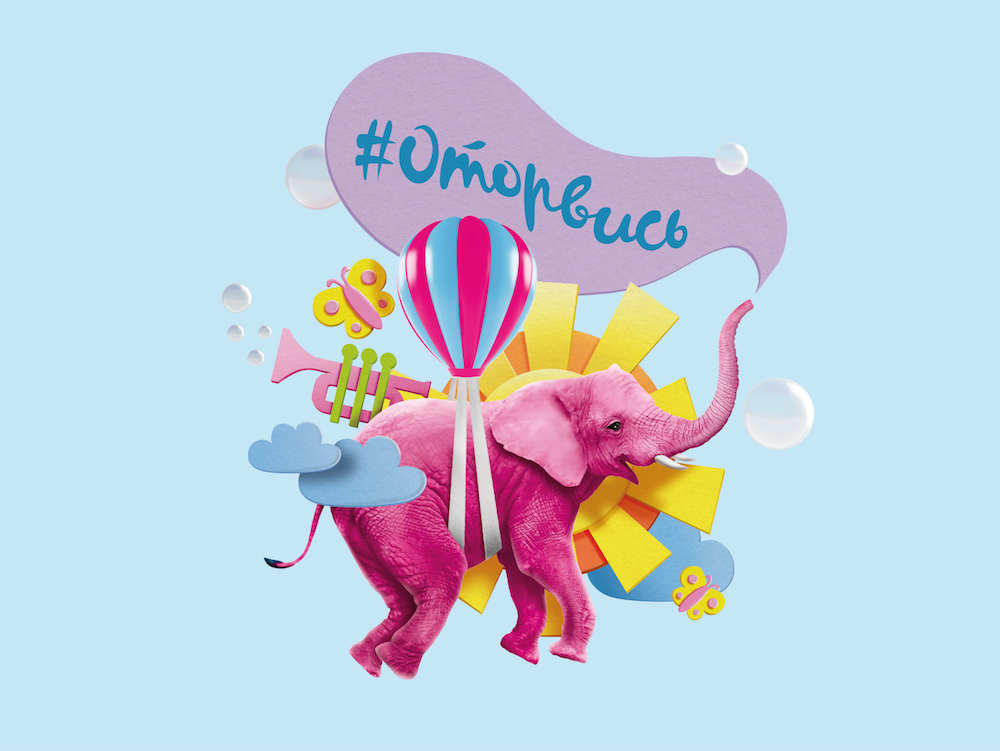 For the celebration in the main atrium of the Central Store will be built a huge dry pool filled with balls and inflatable toys. Here you can visit the chocolate bar, get free ice cream, lemonades and water. In honor of the birthday the store will give children 60 thousand gifts. Organizers will conduct master classes, children's readings and will show cartoons. 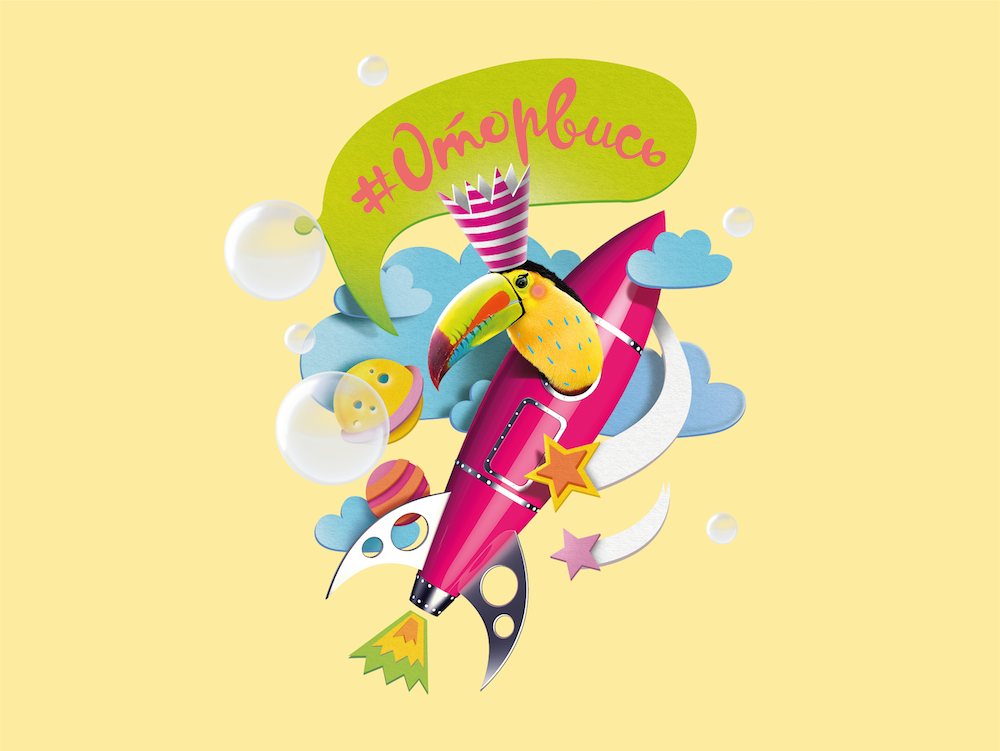 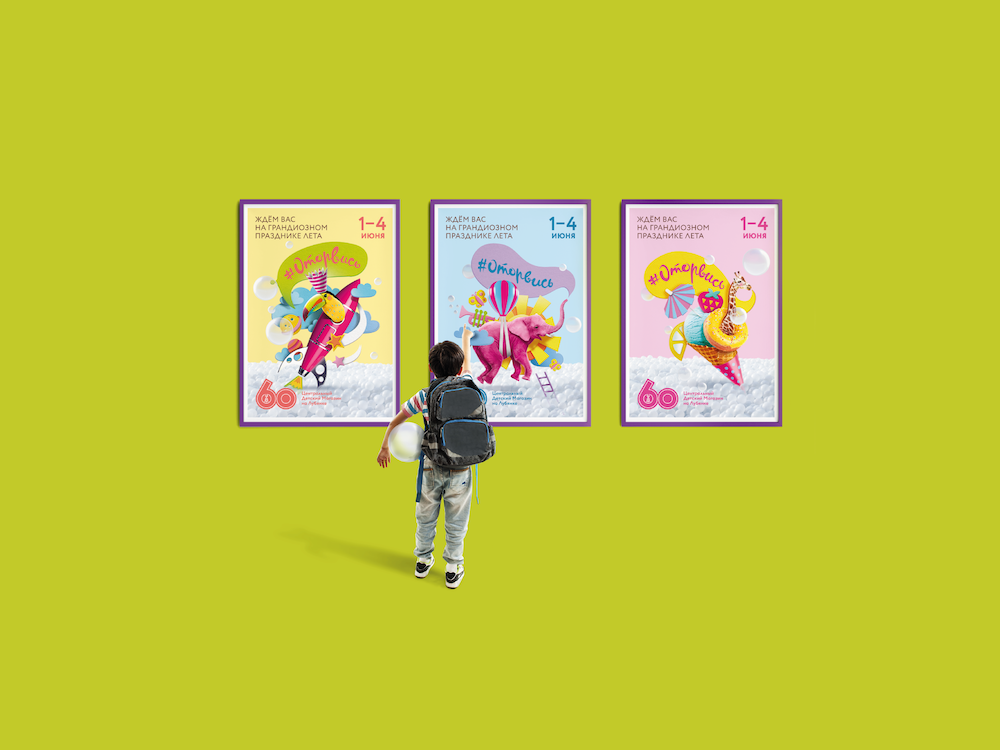 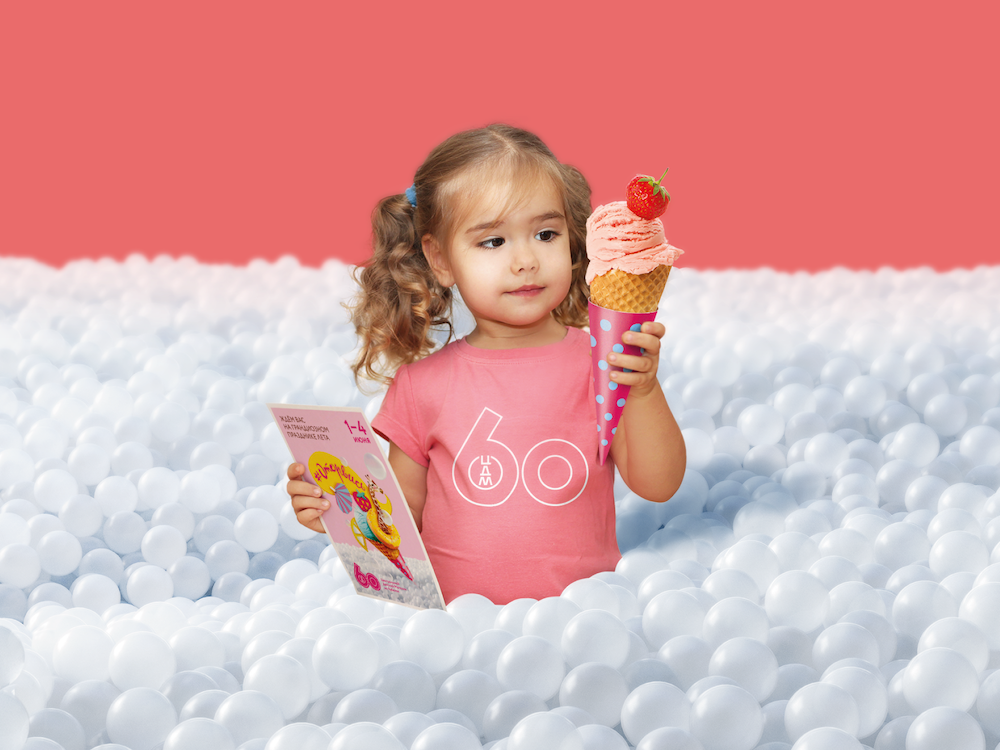 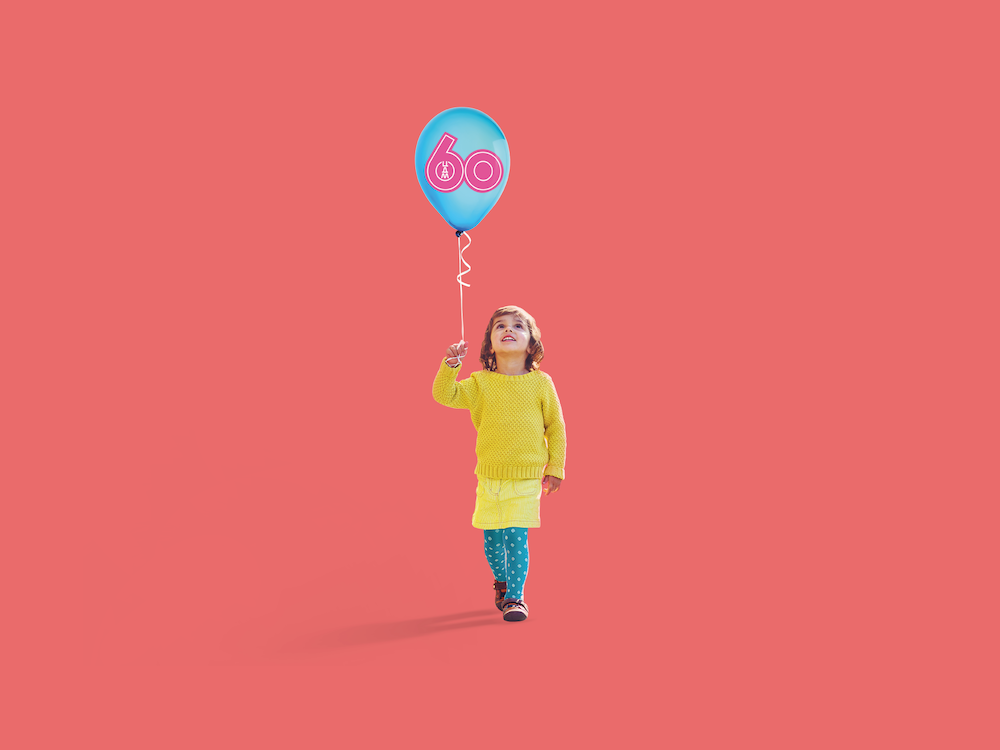 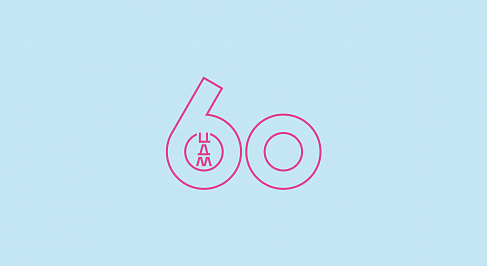