Every month european packaging design association experts choose a topic and review interesting cases in this sphere in their countries. In this edition of our series we take a look at BEER, which is an important product in the portfolio of epda members working with the food and drink industry. Our review covers a wide area, from Italy and Turkey in the south to Siberia in the east, as well as the north-west of Russia, France and Germany. 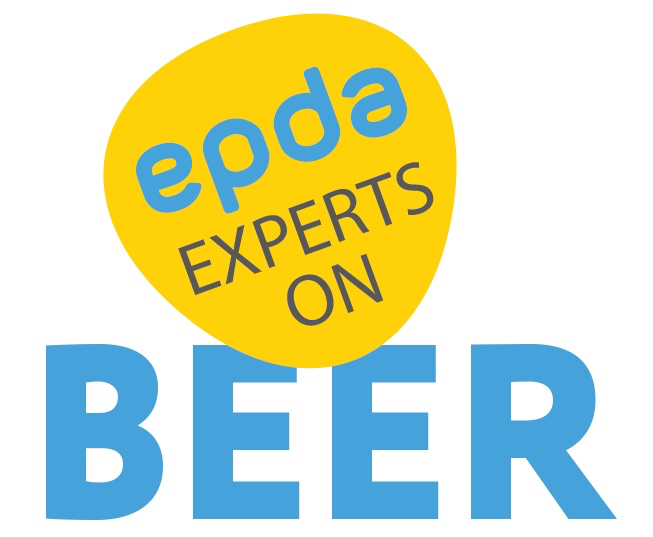 Every month european packaging design association experts choose a topic and review interesting cases in this sphere in their countries. In this edition of our series we take a look at BEER, which is an important product in the portfolio of epda members working with the food and drink industry. Our review covers a wide area, from Italy and Turkey in the south to Siberia in the east, as well as the north-west of Russia, France and Germany. View complete article.

A new exciting arrival on Italy’s beer market: Artisan Beer Although beer consumption in Italy remains low compared to most other European countries (e.g. 29 litres per capita, compared to 105 litres in Germany), the market is growing. Most of this growth is due to the emergence of 600 local artisan brewers who produced 30 million litres in 2014. As more artisan beers started to appear on supermarket shelves, it became clear that there was a need for more professional packaging design that allowed the product to stand out in a crowded and competitive environment, while protecting the handcrafted core values. Thus the main objective of the design brief for TERZA RIMA beer was to create a strong, authentic brand identity that communicates the artisan origin of the product and has good shelf visibility. The new brand identity of Terza Rima – a poetic device used in Dante's Divina Commedia – reflects the renowned quality of Italian design and the attributes of handcrafted products. The artistic packaging is inspired, with a big Terza Rima logo appearing prominently to ensure that it stands out amongst other products on the shelf. Further dramatic effect is achieved by the unusual shape of the beer bottle which underlines the premium quality positioning of the brand. As a result of the good response to the new brand identity, Rba was asked to develop another brand version exclusively for hotel/restaurant/café distribution with a more evocative, creative design theme (three women).

“Maltana: I can’t believe it is not beer” Maltana is a non-alcoholic malt drink. In Turkey, where the majority of people do not drink alcohol due to their religious beliefs, there is some consumer curiosity about the taste of beer, as well as a view, among some circles, that drinking beer might seem “cool”.  This product was created for target groups that do not consume alcohol. Although it is not a beer, it was designed to seem like one. How could this be achieved and how could the product be communicated to consumers who have no idea what malt is? The first step was to generate curiosity. The brand name “Maltana” was easily found. The wheat ear depicted at the top of the product and in the logo is the brand’s icon. The colour of the product can be seen through the clear glass bottle, which resembles a beer bottle. This impression is reinforced by using gold and black on the label. Different coloured labels identify the different product varieties, making it easier for shoppers to pick them out.  As Turkey’s first non-alcoholic beer, Maltana quickly became a very well-known brand and popular among consumers who don’t drink alcohol.

The Siberian Brewer as story-teller Young Siberians are proud of their heritage and of the beautiful austere natural environment in which they live. This local pride was the inspiration behind Tomsk Brewery's launch of a new beer brand targeting young people. PunkYou needed a label that conveyed the brand's core values.  The brand identity has been developed around an iconic Siberian character, not a hunter or recluse living in the wild, but a modern version – a young man who lives in the taiga with his pet bear and has a passion for brewing excellent beer. Young, bearded, well-dressed and trendy, he is the kind of person one might expect to meet in a club or at a party.  Due to the nationwide restrictions on beer advertising, the label design is the key to winning over consumers. An unorthodox label has therefore been created by PunkYou, with an illustration depicting the Siberian brewer and his trusty bear friend taking up most of the space. This creative decision not only allows the bottle to stand out on the shelf, but makes it an asset in illustrating the brand's story.

Beer from Norilsk The city of Norilsk, in the far north of Russia, lies inside the polar circle, where it is winter for eight months of the year and the air temperature sometimes falls to -50 degrees Centigrade. The polar night, when there is no sun, lasts for six weeks of the year. Most of Norilsk’s 175,365 inhabitants are highly paid workers employed in industrial plant and mining. The cost of living is at least twice as high as elsewhere in the Russian Federation. The “Norilsk Brewing Company”, founded in late 2010, produces a high-quality beer with a short shelf-life using modern technology based on traditional European brewing methods. During the first three years the company struggled to establish the brand. Its cooperation with design agency Dochery began in 2014. The agency’s starting point was to research Siberian consumer habits and attitudes towards beer. There is no pub culture in Norilsk, people drink at home and beer is seen as a personal reward – consumed as a deserved luxury, an award for hard work. Consequently, Siberian consumers are discerning about what they drink and are prepared to spend more. Dochery developed a new colourful visual identity for the «Norilsk Brewing Company» and restyled all labels. The new pack design was launched in early December, the low season for beer sales, and the retail price was increased from 160 roubles to 240 roubles per bottle. The result was incredible. Despite the economic crisis in Russia, sales increased tremendously!

Introducing the Chinese dragon to Russiashopping experience. HEINEKEN launches the production of rice beer in Russia. FEILONG trademark became the first company brand in promising Asian rice beer segment. The interest to it is increasingly growing in Western Siberia: the region is located in proximity to China, and cultural influence of this country is historically significant here. Depot WPF was given a task to create the story, naming and design of the new beer brand for mass market. A character from Chinese mythology was chosen as a center image – it is the legendary Feilong dragon, zoomorphic image of the Chinese god of the wind. “The brand must highlight the Asian origin of the drink and the traditional recipe. What image could be better linked to Asia in general and to China in particular than the dragon?” the creative director of Depot WPF Alexey Fadeev says. “We are happy to introduce a new HEINEKEN “family member”, Feilong rice beer – an excellent addition to our brand portfolio. Rice beer segment is rather new for Russian market. For us launching Feilong is an opportunity to struggle for leadership in this promising niche”, the marketing director of HEINEKEN in Russia Johnny Cahill notes. The company’s brewery in Irkutsk has already started to offload beer under FEILONG trademark. There are 2 SKU in the product range: 0,48l can and 1,4l PET.

Carlsberg Collector edition «Night bottle – Sebastien Tellier» As part of the «Unbottle Yourself» campaign, Carlsberg decided to associate its famous beer brand with the French electro-pop guru Sebastien Tellier. To support the event, the brand proposed a collector bottle. The collector is at the junction of the artist universe album “L’Aventura”, which transposes the childhood memories of the musician at the heart of Brazil and Carlsberg brand’s codes. On the facing, a sketch of the artist face seems to get out of a festive jungle. Two main colours are used: black for the night and green as a reminder of the brand colour but also of Brazil, inspiring influence of Tellier’s new album. As another iconic element of the Carlsberg brand, the hop leaf was stylised to echo the psychedelic world of Tellier. Under the light of a nightclub, the look of the bottle changes and delivers an uncluttered version of the design. The dance floor covers itself with smiling miniatures of the star.

Relaunch of the Pfungstädter brand Long-term brand management on behalf of the Pfungstädter Brewery shows how, with the right strategy, a brand portfolio can be consolidated and expanded. It is a classic example of how a traditional brand can be successfully relaunched using new, innovative products and professional brand management – despite changing market conditions. The brand originally used a brown glass bottle and featured the horseshoe symbol in its logo. The colour of the labelling and the brand imagery was predominantly white, similar to almost all other beers on the German market. The brand lacked any USP and was largely indistinguishable from other beers.  The switch to a green, long-neck bottle in the last decade posed some risks but in the meantime bottle green has become the corporate colour for both the brand and the label. The new branding conveys character and symbolizes the freshness and distinctive taste of the product. This strongly appeals to the consumer. However, it was the introduction of the round logo that had the biggest impact on the creation of a sustainable, uniform brand image.  The innovative non-alcoholic products “Pfungtionade” and “Pfungtionell” demonstrate the efficacy of the round logo in the creation of a brand family. In addition to the horseshoe, another lucky charm – the clover leaf – was added to underline the brand DNA expressed by the brand slogan “Hessens Glück” (Hesse’s good fortune).