How to employ 121 Russian national football teams, how many Bolshoi theaters will be needed to show the new workers a performance, where does the GDP of Serbia and the average salary of teachers - read in our case about the development of the brochure design and the annual report for the Industrial Development Fund. The project is based on the corporate style of the IDF, developed by Depot WPF earlier and the concept of "Prospects for Development". 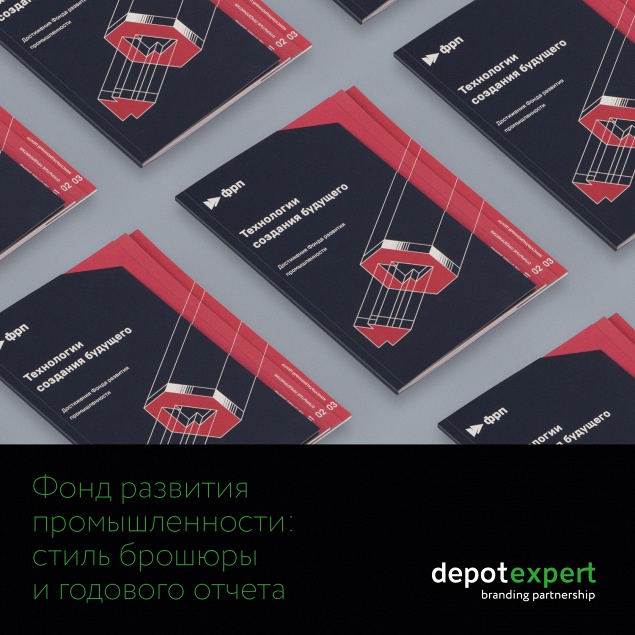 Industrial Development Fund was founded in 2014 to modernize Russian industry, organize new production facilities and ensure import substitution. In preparation for the brochure and annual report of the Foundation, Depot WPF was tasked to demonstrate that the results of the work of the IDF give concrete results for the real sector of the Russian economy, such as an increase in the number of new industries and jobs.

The concept of "Prospects for Development" and the corporate style of the IDF, developed by Depot WPF earlier, was based on the visual language of the brochure. The concept is expressed in figures that tell about specific achievements and in the through diagonals located on the bands from left to right: psychologically they are read as symbols of the future dynamic growth. 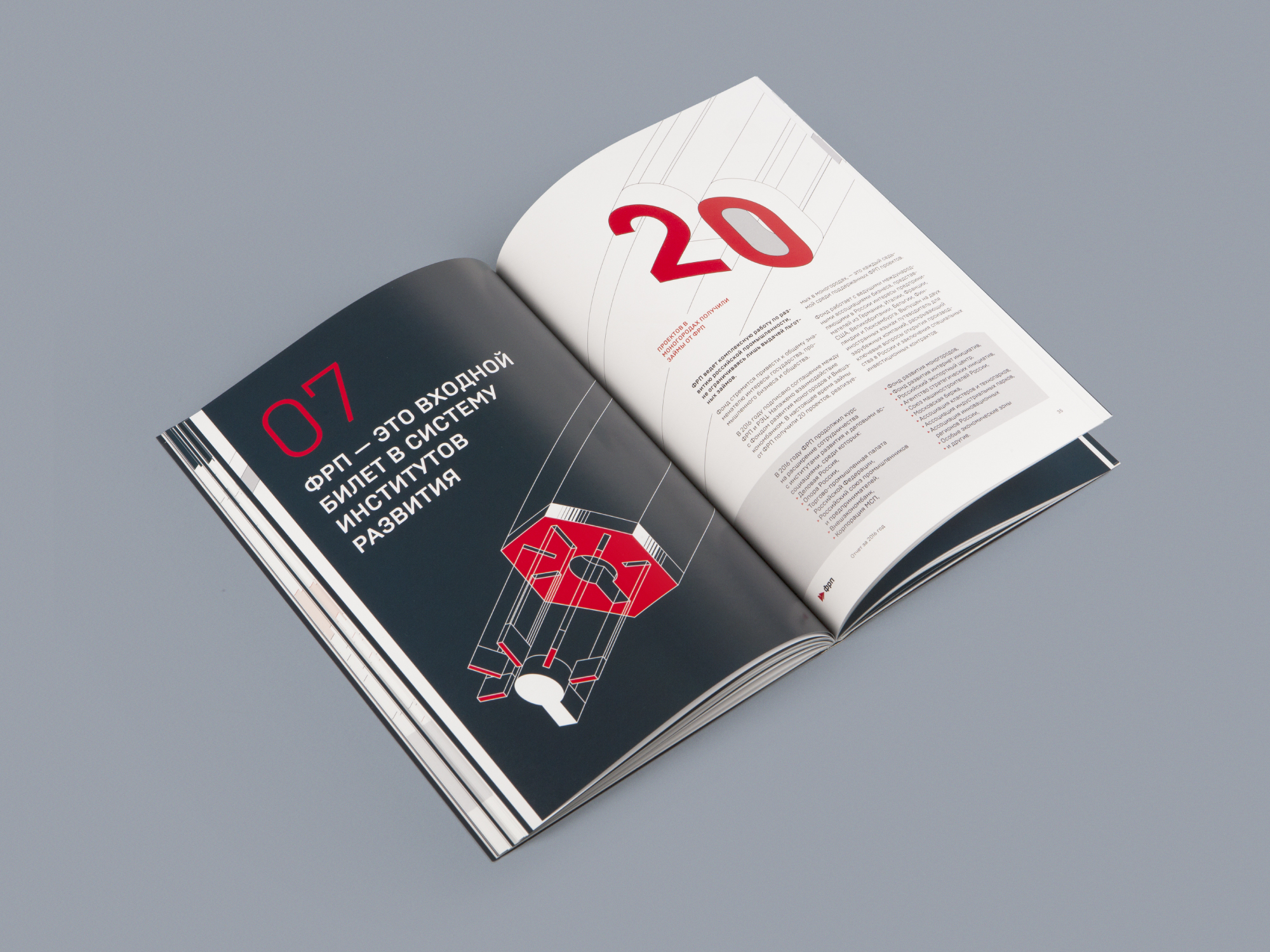 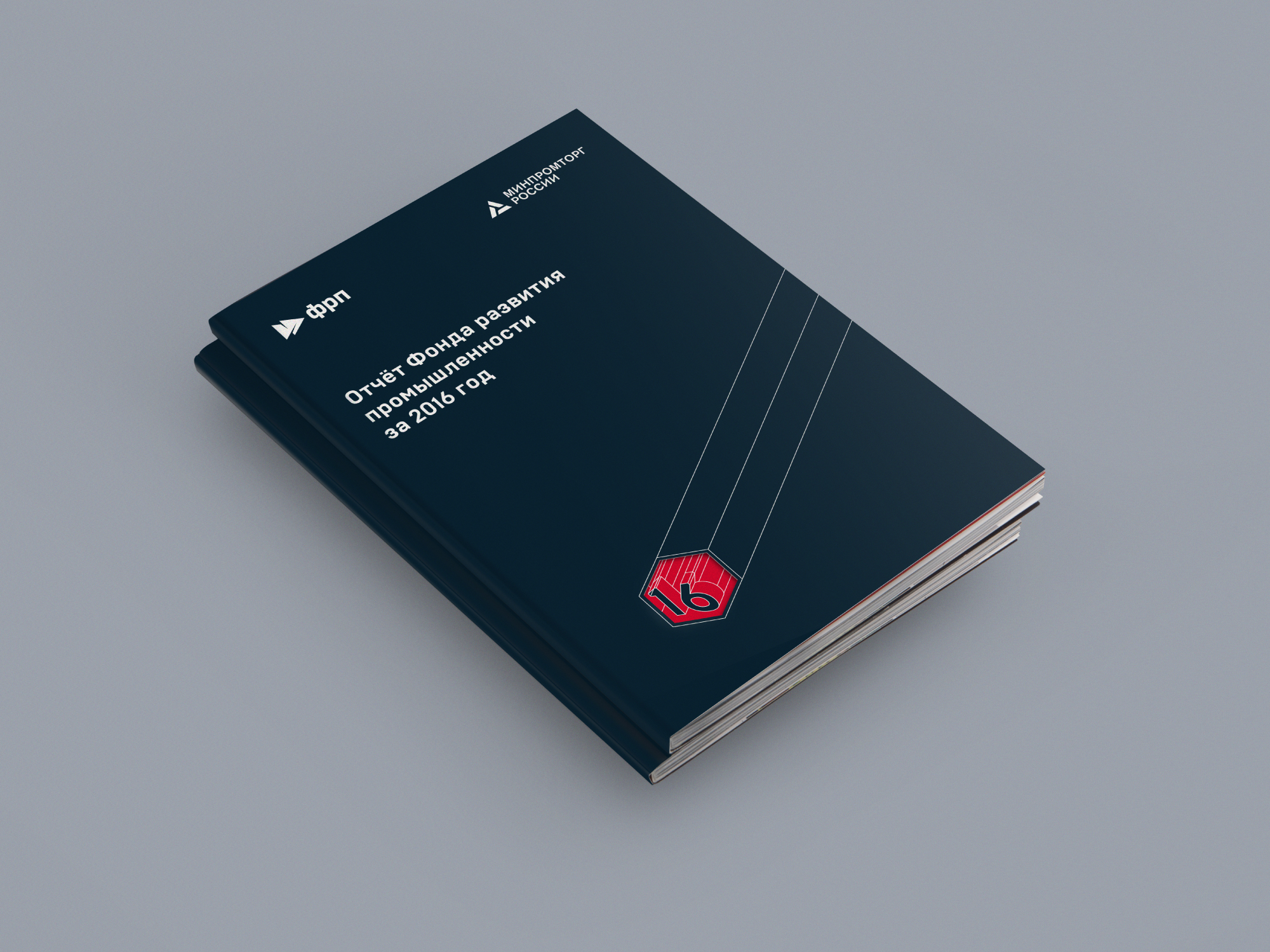 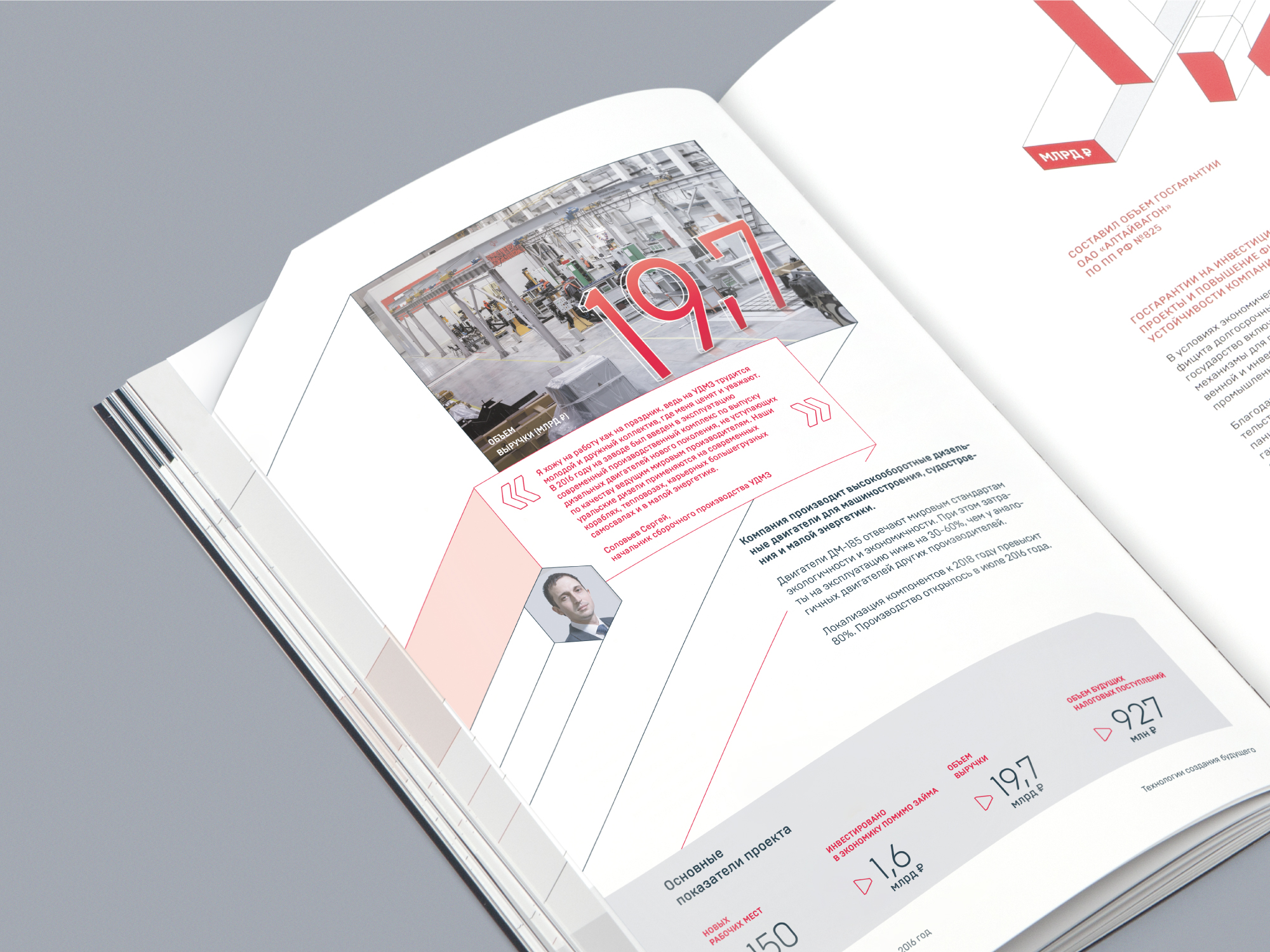 Since the main result of the activity of the IDF is the opening of new factories and productions, we developed the concept of special tabs, based on the design of which there are real photos of new factories and employees whose work was created thanks to the IDF: for clarity and emotionality, their quotes were added. 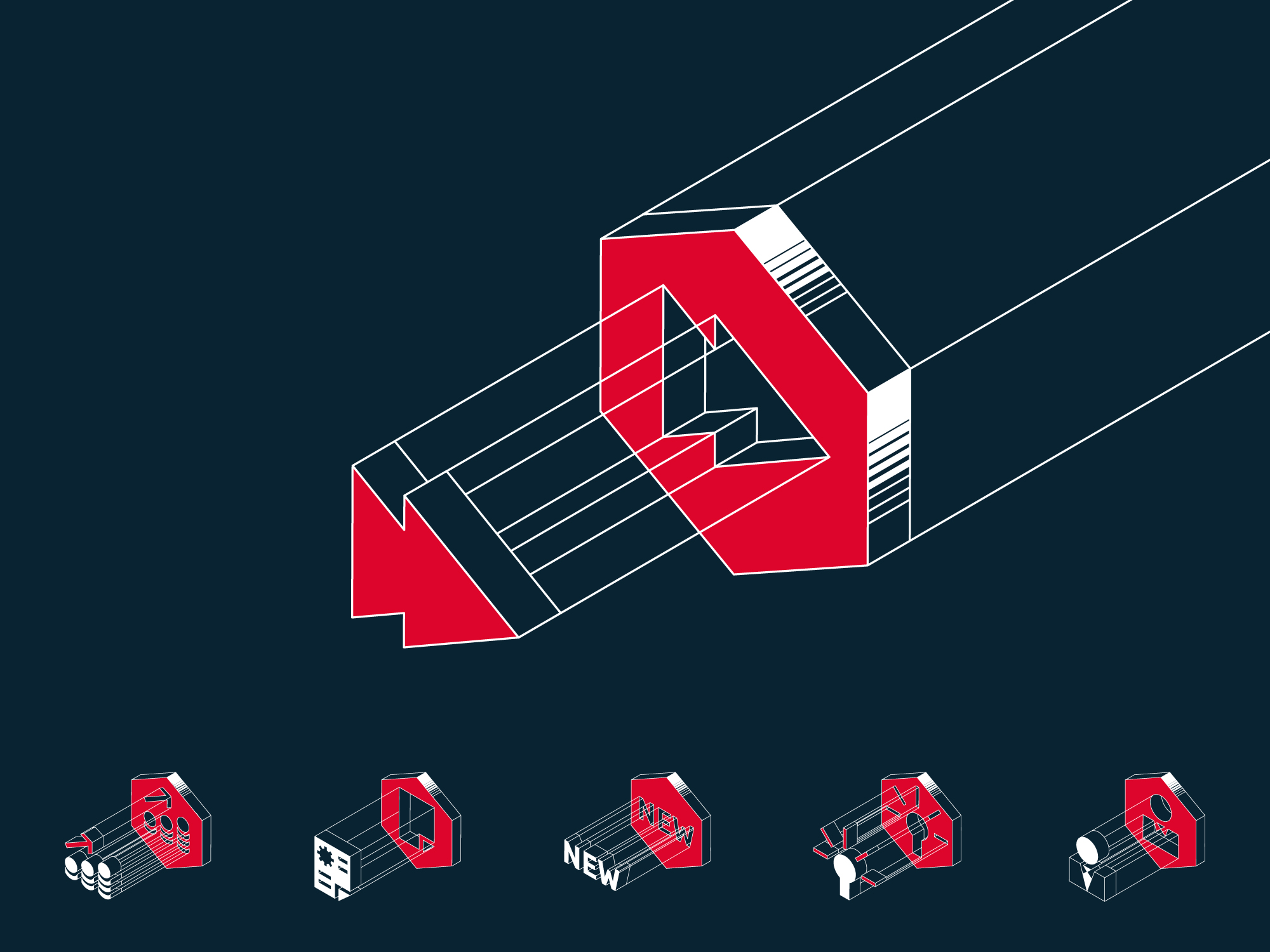 
«We set two goals for Depot WPF: first, that the information was filed visually, conveniently, systematically and at the same time varied so that no one would get bored on the second page of the document. Secondly, it was important for us to reflect our focus on dialogue, on human language communication without official formulations, clerical mandates and cliches. We believe that Depot WPF coped with the task "perfectly" while reflecting our design constructibility - after all, we are just about the development of modern technologies in the industry. We received many compliments on our annual report», —said Andrey Gorodov, head of the External Communications Department.

The figures expressed in billions of rubles are usually perceived as an empty sound, they are difficult to compare with real cases, so together with the IDF we have developed "visual" statistics: the success of the fund is expressed in comparisons. For example, the number of jobs - in the Russian national football teams (in open enterprises it would be possible to employ 121 teams), and the amount of revenue - in the GDP of Serbia.

The Industrial Development Fund was established in 2014 on the initiative of the Ministry of Industry and Trade of the Russian Federation through the transformation of the Russian Fund for Technological Development. The Fund offers preferential conditions for co-financing projects aimed at developing new high-tech products, technical re-equipment and the creation of competitive manufactures on the basis of the best available technologies. To implement new industrial projects, the Fund on a competitive basis provides targeted loans at a rate of 5% per annum for up to 7 years in the amount of 50 to 700 million rubles, stimulating the inflow of direct investments into the real sector of the economy. Over two years of work, more than 160 projects have been financed for the total amount of 40 billion rubles, with 26 plants having already opened new production facilities.

Brochure and Annual Report for FRP