Citilink: a visual solution that strengthened the brand's position.

The branding agency Depot WPF carried out the redesign of the electronic discounter "Citilink" - one of the largest Russian retailers. New corporate identity allowed to strengthen the position of the brand among the competitors. 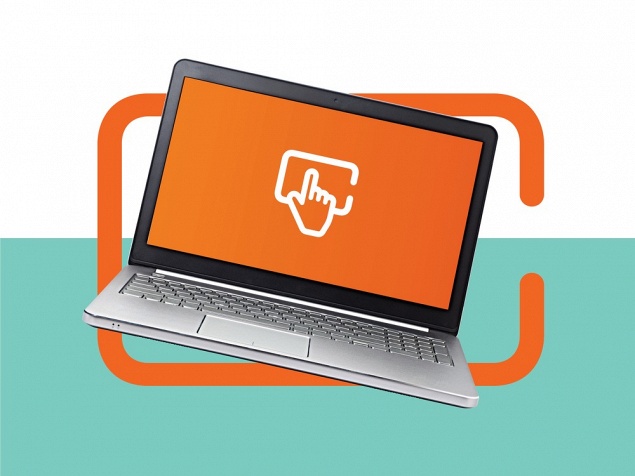 Electronic discounter "Citilink" is one of the largest Russian online shops, existing since 2008.
In the assortment of the company - more than 50 000 items of home appliances, digital electronics and other product categories from the world's leading manufacturers. In addition to the online store, the company owns 27 big area stores and more than three hundred points of delivery of goods, which are represented in many cities of Russia.
represented in many cities of Russia.

Because of  the active growth and the emergence of a large number of partners in several regions, the company needed a well-designed visual identification system that would rebuild Citilink from its competitors.
Until recently, at the disposal of marketers there were only a logo, a corporate orange color, a font and an unsystematic set of style elements. Everynew communication was visually different from the previous one: advertising materials were created according to the different principles, preventing the formation of a unified image of the company and increasing the brand recognition. In addition, the absence of corporate style constants and uniform layout rules increased the time required to develop each new advertising communication.

The various points of delivery of goods in different regions were also drawn up every time from scratch - the designers "on the ground" were given complete freedom of action. 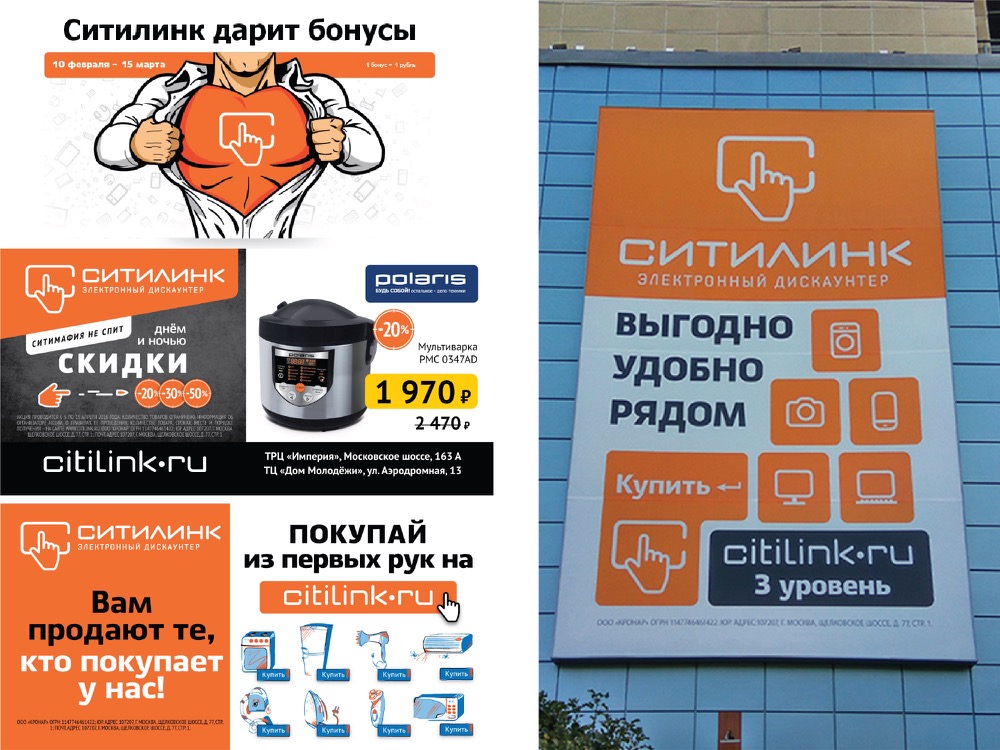 Visual communications of "Citilink" before applying to Depot WPF

The Depot WPF team was tasked to develop on the basis of existing elements a corporate style that would be easily implemented on any formats and singled out Citilink against the background of competitors. It was necessary to develop corporate style constants and tools to create advertising communications for different categories of consumers and different types of communication - promotional, image, etc.
For the delivery points of the goods, "Citшlink Mini" also needed to think over a universal solution for registration that would reflect the multi-category of the retailer, would work perfectly regardless of the format and size of the point and would be extremely simple and budgetary in implementation.

A separate subtask in the framework of the project was to focus on the numerous categories of goods presented in Citilink, visually differentiate them.

"First of all, we updated the logo of Citilink," says art director Tatyana Mikolaevskaya. - The sign has shifted to the right, which made the openness of the rounded rectangle more noticeable and increased its similarity with the letter "C", and the corporate unit with the name and descriptor increased - it had to be done, as in the previous version it was not always noticeable, and sometimes words in the descriptor were hardly read."

The style element, which united all the communications of Citilink, was a scalable frame with rounded corners, which appeared from the sign. It can host the most diverse content - from photo images to slogans. For each product category, pictograms related to the "Citilink" logo were developed. 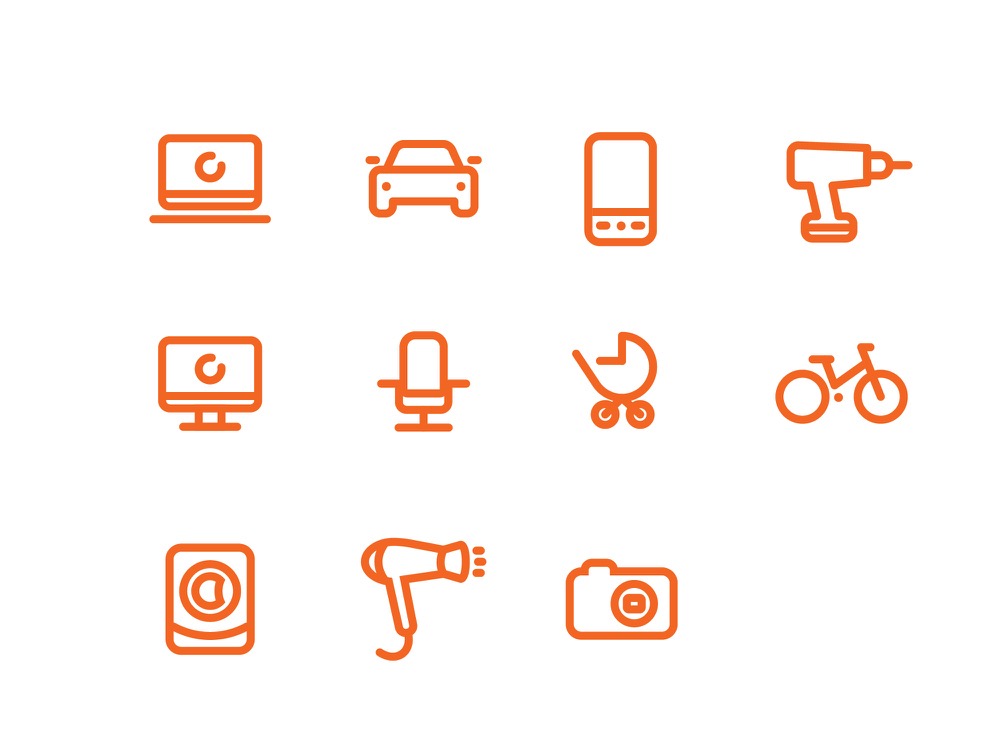 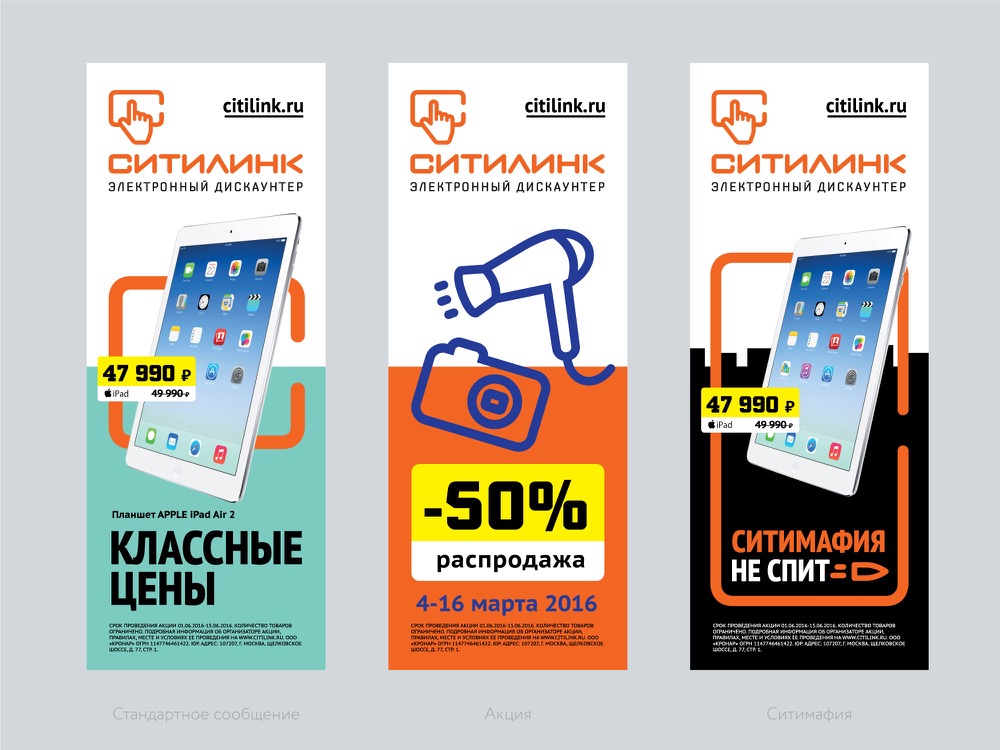 The main corporate color - orange - was preserved in all communications. But at the same time for the ads of the "product-price" format there were additional colors - pink for the traditionally "female" categories of goods, gray for the goods addressed to the male audience, and green for the household goods.

"To make it convenient, simple and, most importantly, time-consuming, correct reproduction of brand communications anywhere in Russia, we developed a simple rule of horizontal division of advertising models into two halves. The upper part is the brand field, the lower part is the product field, "commented project manager Ksenia Tarasova. 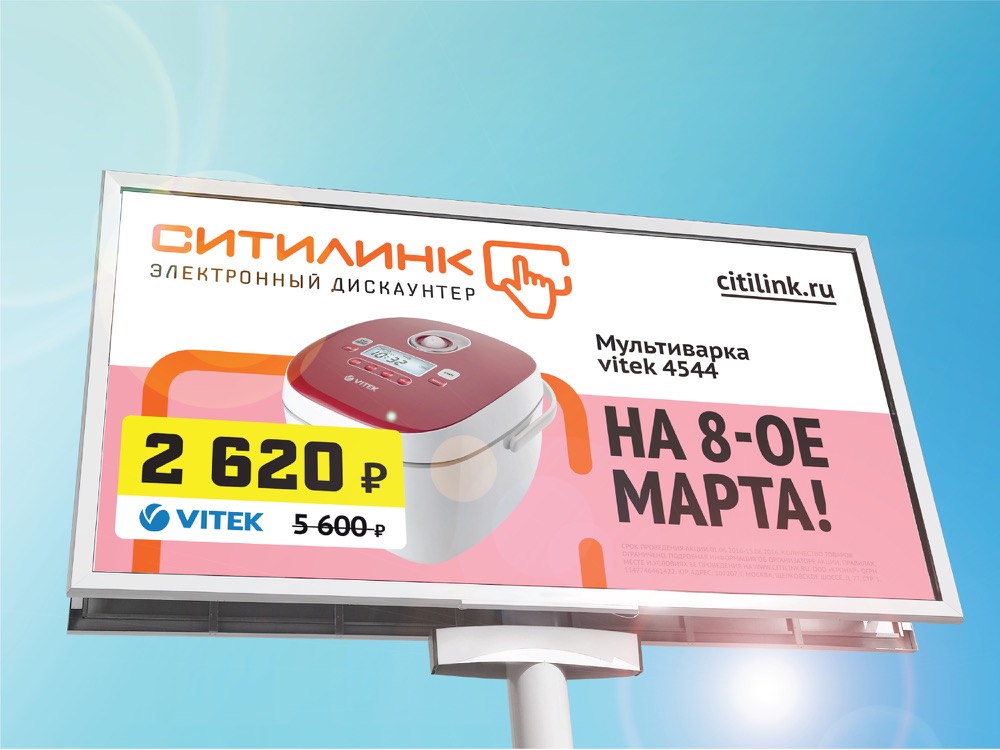 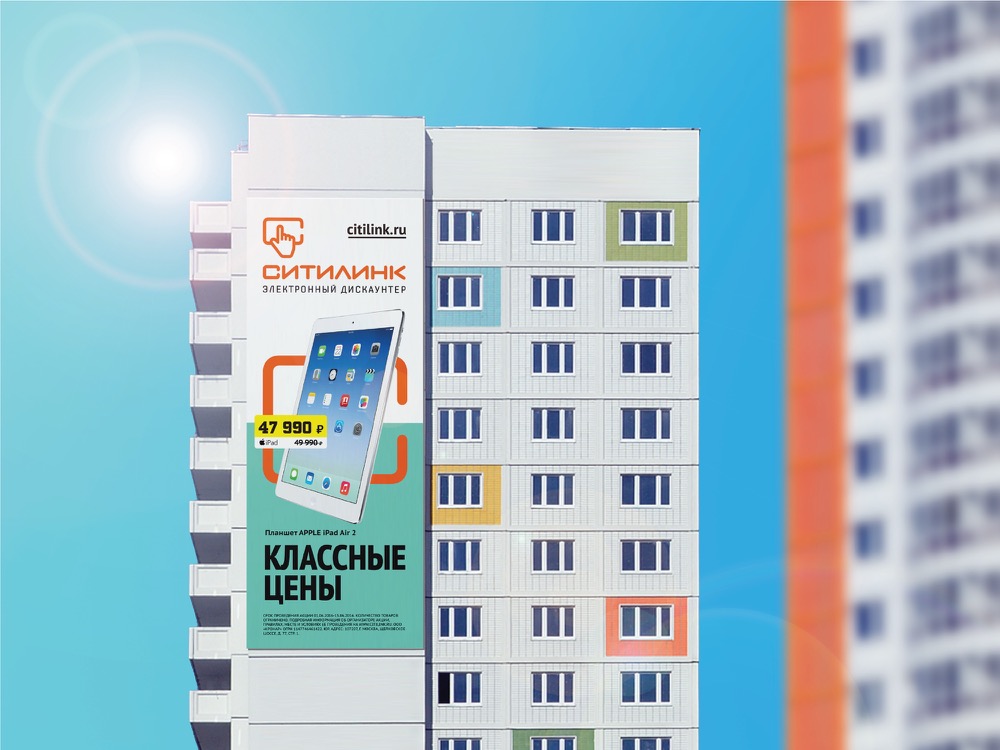 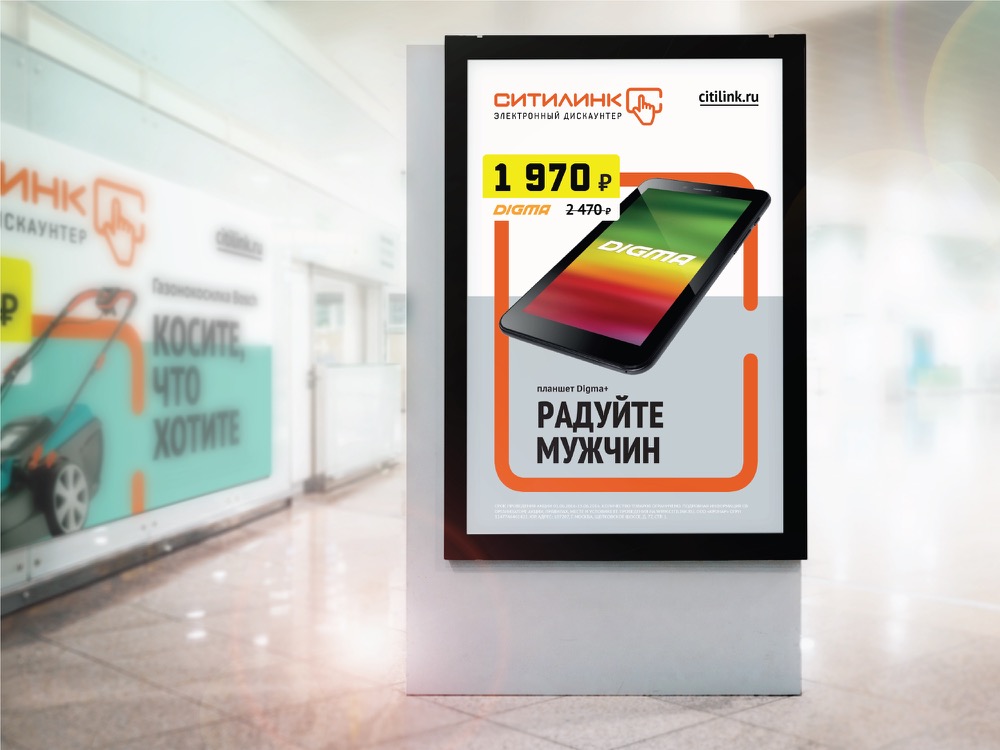 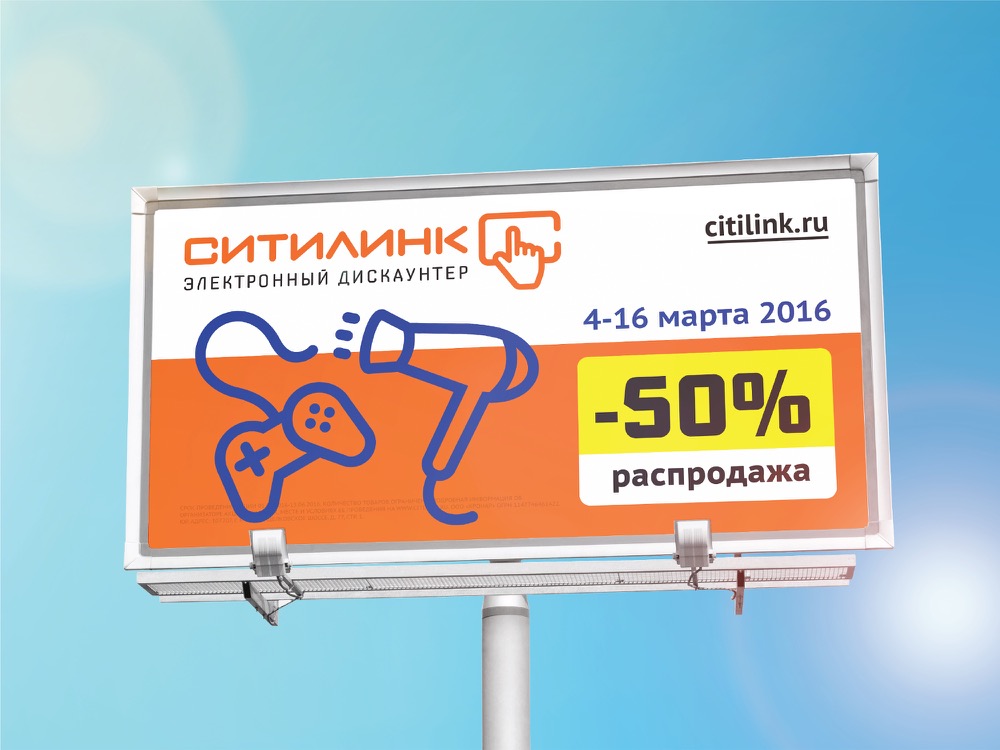 Design of the points of sale

For the design of offline sales outlets, the Depot WPF team offered an inexpensive, yet recognizable and informative modular solution. This system-designer is a rule-based brand-building, allows you to demonstrate the multi-category "Citilink" and easily "lays down" on any, even the most non-standard format. In addition, at every point of sales of "Citilink" there are branded frames with slogans and necessary information, posters and information boards. 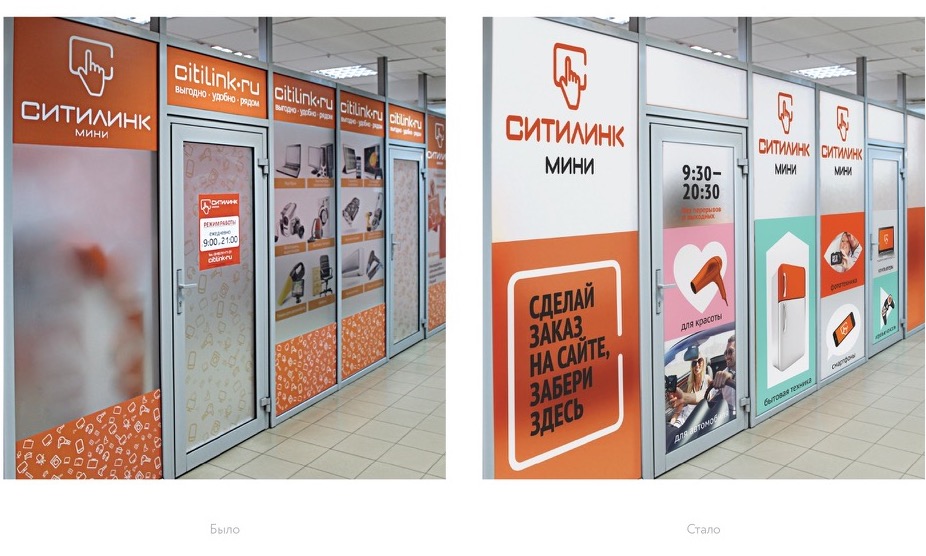 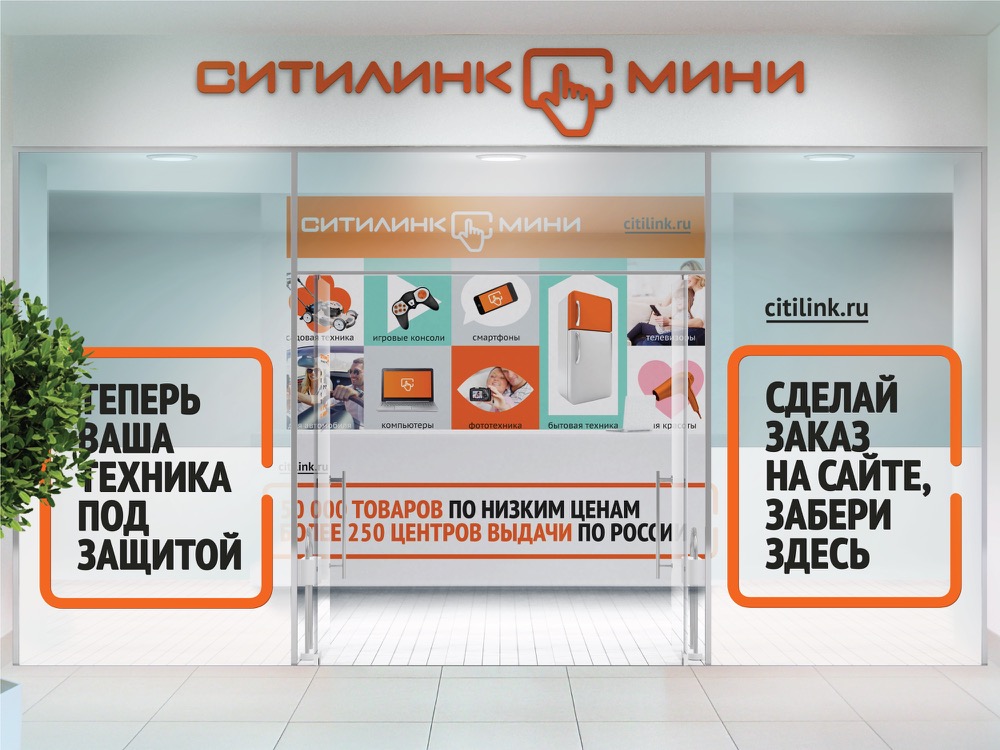 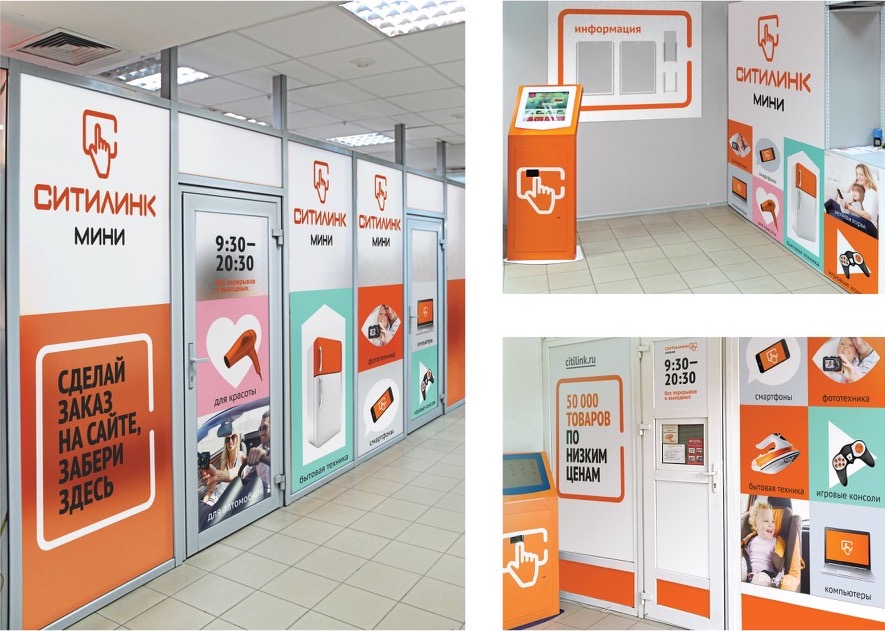 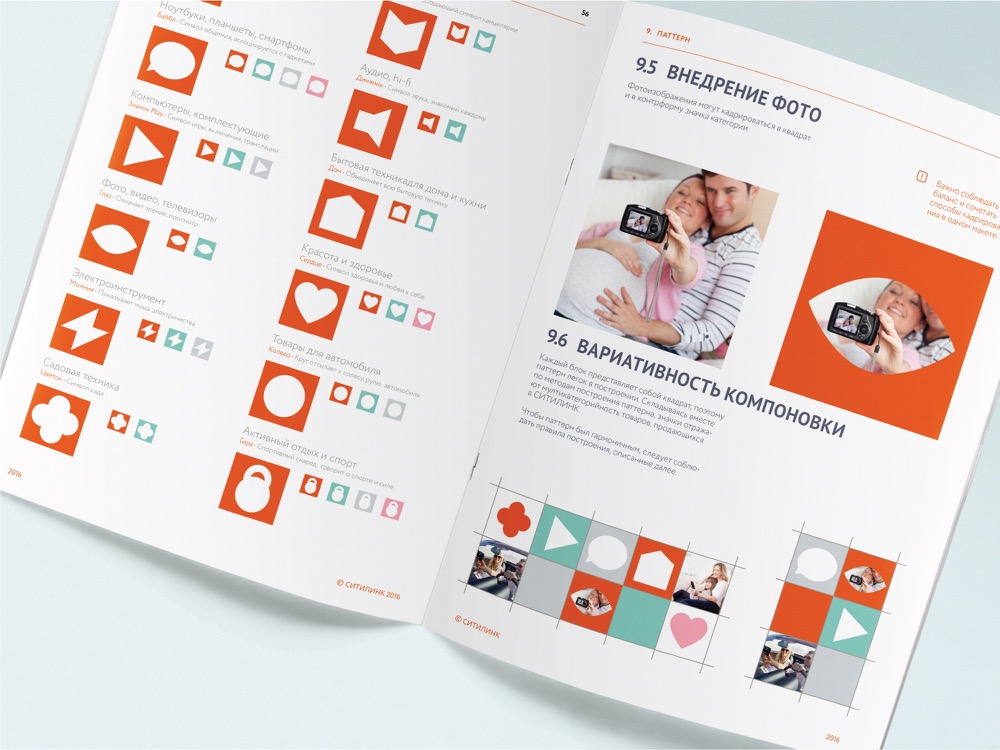 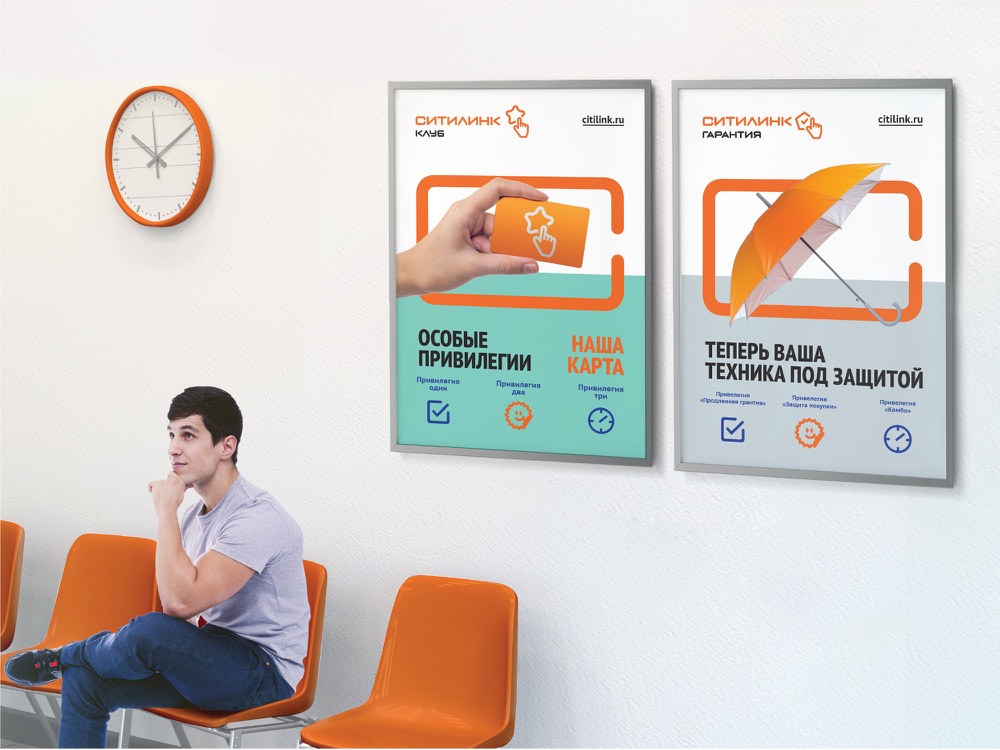 Using this set of elements, the "Citilink" partner anywhere in Russia can make out its "Citilink-mini" point without errors, regardless of its area-the rule of constructing the "designer" is detailed in the guidebook. Also, it describes in detail the decoration for the reception desk, navigation, mode of operation and other elements required at any point of sale. 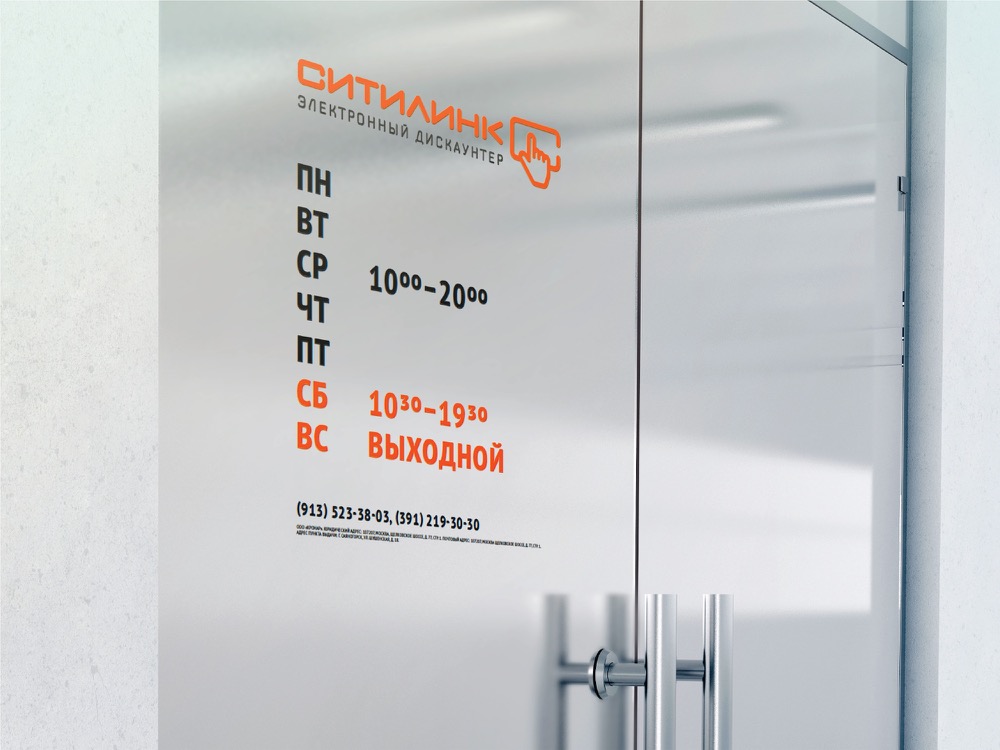 The results of the works are published for the demonstration purposes. 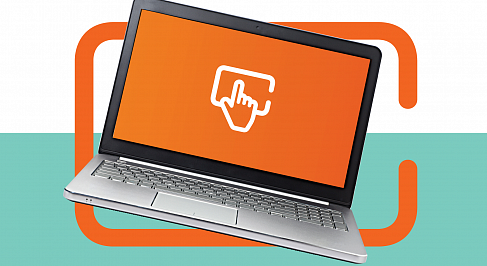