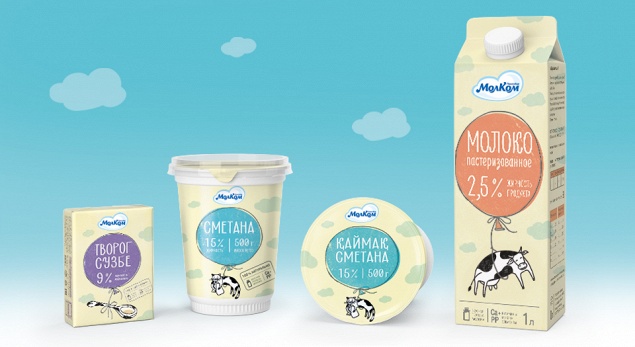 During last 20 years designers at Depot WPF made so many projects for the dairy industry that our packages could already fill a long supermarket shelf. Our new project for “Molkom-Pavlodar”company from Kazakhstan will occupy a notable place on it. It’s a dynamically developing enterprise that appeared on the market in 2004. 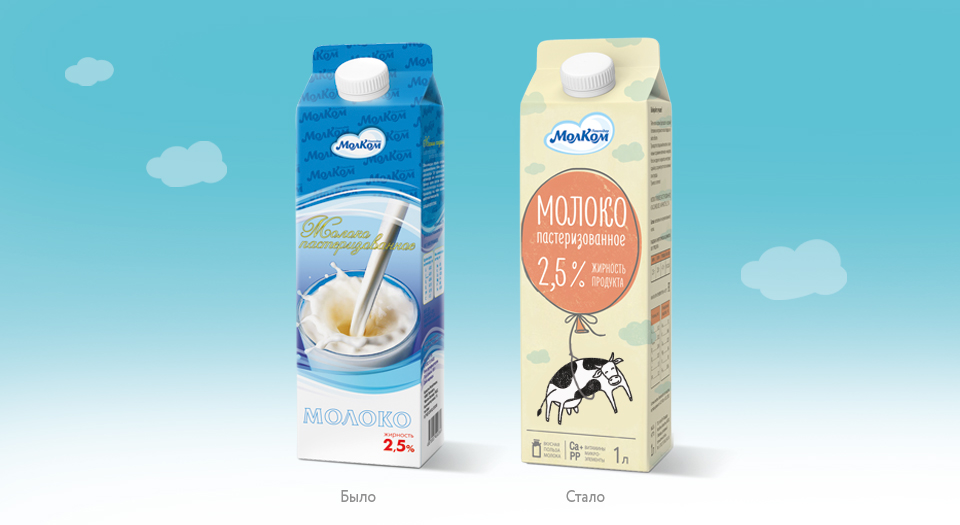 The agency team proposed a common visual concept for the entire product line, which made it more recognizable. According to the client’s opinion, designer Alina Kozeeva accurately took into account the motto of the company - "Tasty! Healthy! Natural!" and proposed a laconic solution in light and bright colors for rebranding. 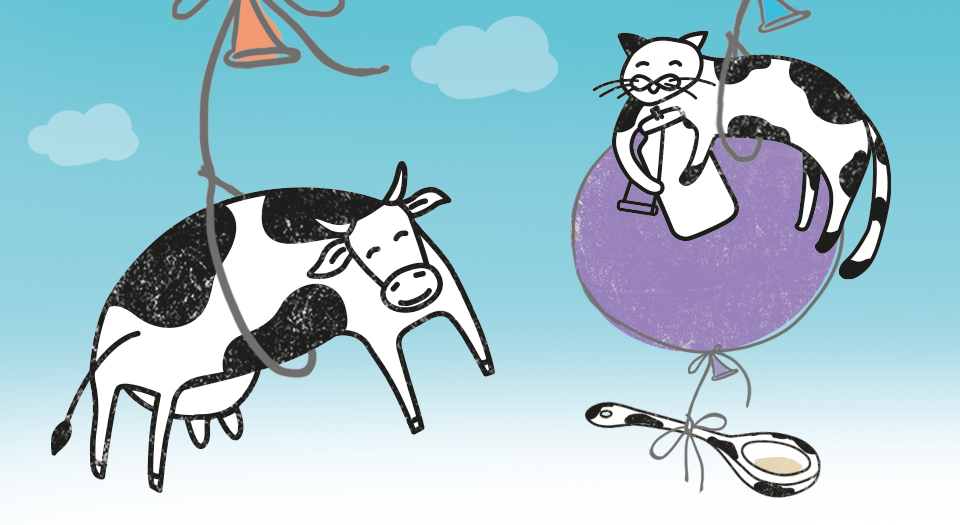 "The center of the composition is a balloon. For each product it is painted in its own color, - Alina shared. - But the main feature is the creative graphics. The man-made illustrations placed on the package relocate consumer’s perception on a product itself” 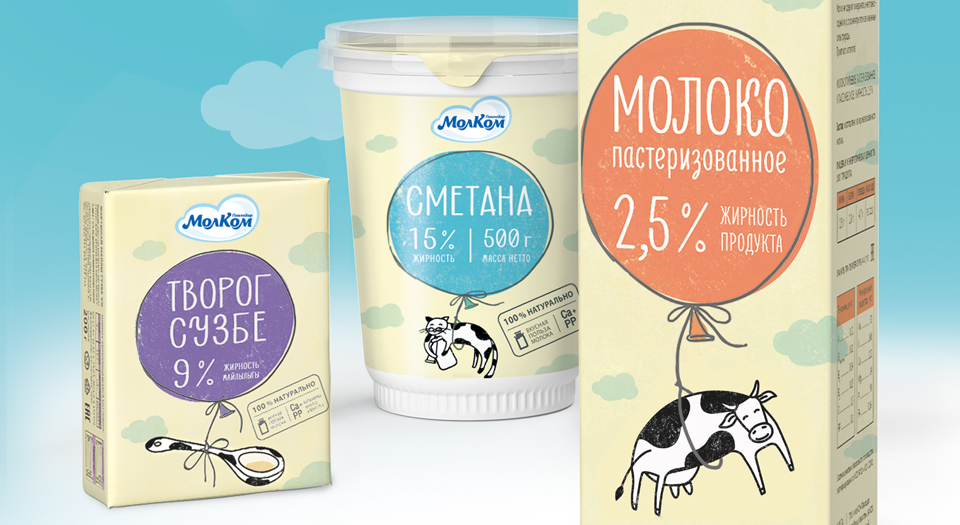 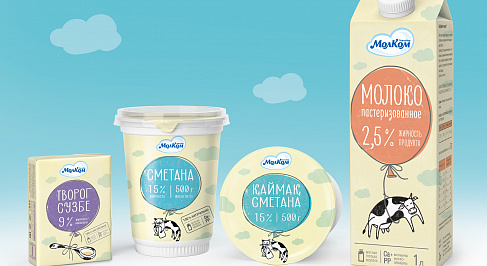