The Depot team has developed a new brand of household chemicals and detergents WONDER LAB. 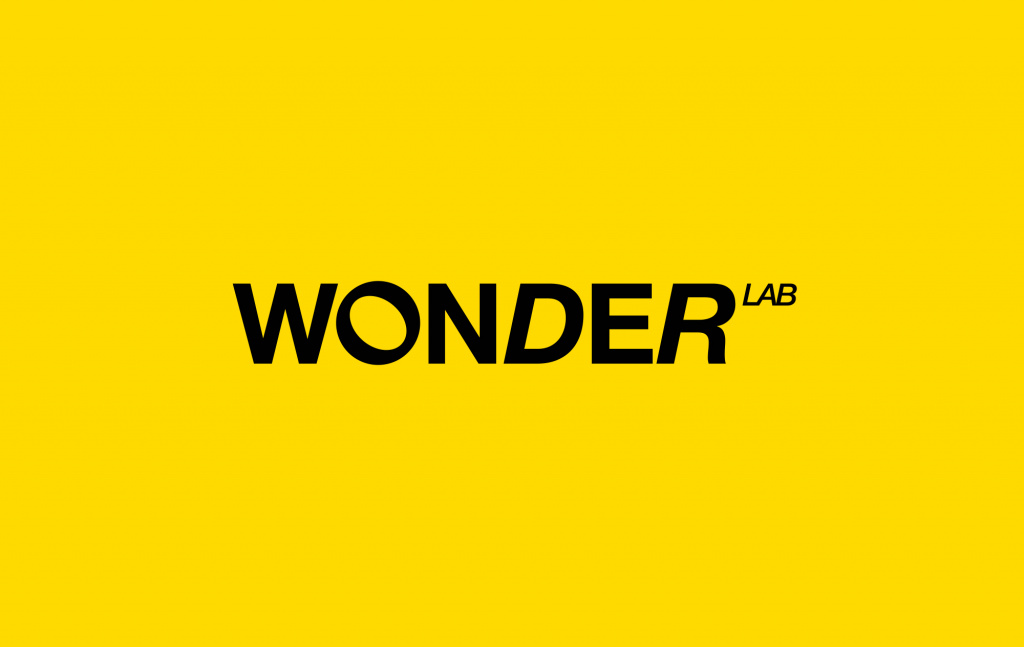 Plastic bags are a thing of the past, glass containers are being actively rented again, and detergents become environmentally friendly thanks to bright ideas and bagasse. BIOMICROGEL company, a resident of Skolkovo and the Ural Technopark, is engaged in the development and production of safe for people and nature household and professional detergents. Young scientists create tools that help clean industrial drains and eliminate emergency oil spills in natural waters all over the world. 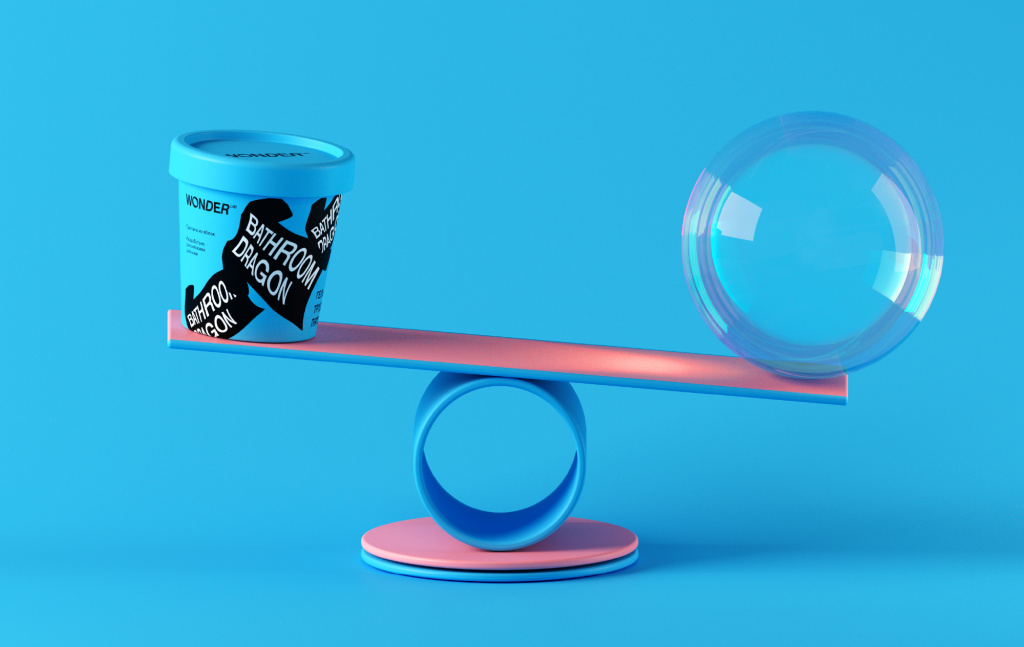 However, in addition to saving the world ecology, biomicrorogel have been applied in everyday life. On its basis, the company began to produce environmentally friendly detergents and cleaners. In the society, the eco-boom started, the brands began to place “green leaflets” on the packaging (although it does not always mean appropriate certification). And so it became necessary to show that the new brand of biomicrogrogel is actually environmentally friendly, and not just trying to match the trend. And also to confirm that it is incredibly cool and non-standard, even for such a flexible category as household chemicals. 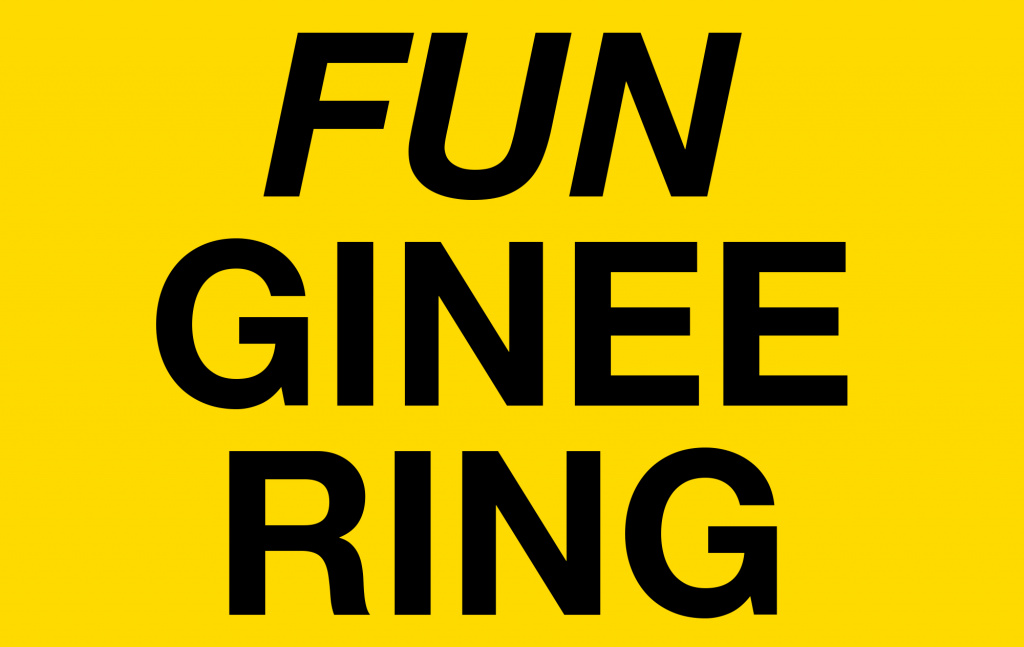 At Depot, everything began with the development of positioning, which was succinctly formulated in the word «fungineering». Fun + engineering is the very combination that makes it possible to look at a conservative household category fr om a different angle. 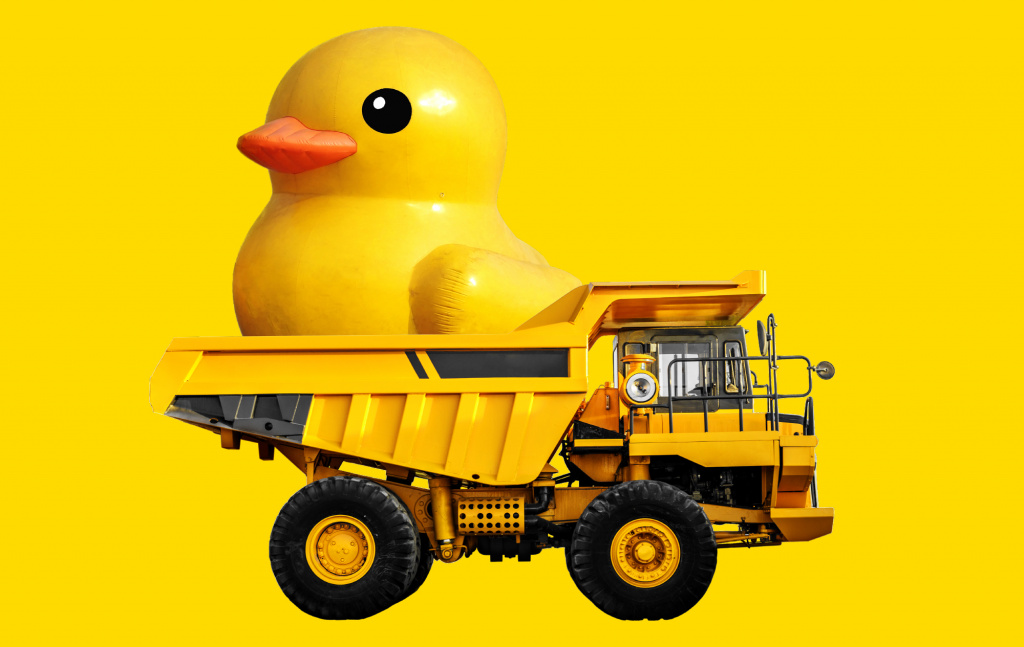 Farhad Kuchkarov, director of strategy for Depot: «Together with the client, we created the entire communication, where the product itself, its packaging, graphic language and brand toneof voice would affect the consumer equally and consistently, convey the same idea - tells about the work on the project. This approach allows you to convey the idea of ​​"fungineering" at every stage of contact with the consumer. We had the opportunity to set such product attributes as color, smell, assortment, development of product lines and products, innovative forms and formats of the product - and not just operate with the existing ones. We even offered to build a unique test hangar, where consumers can play with WONDER LAB® in the most fun way to solve the most difficult tasks. In general, we tried to fill the brand with a large number of “schticks” that help emphasize positioning.» 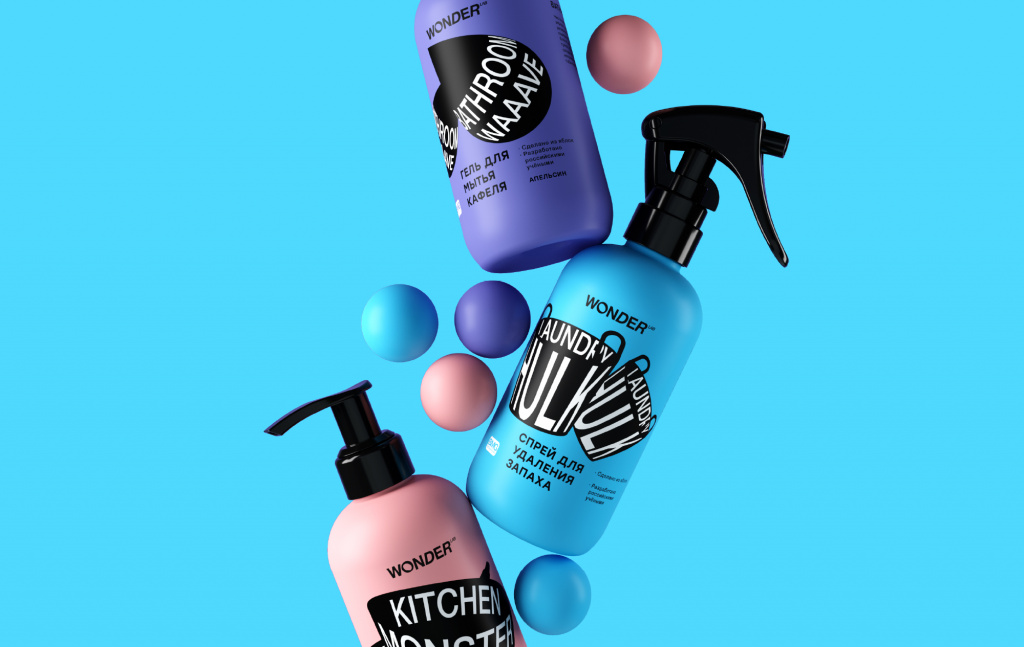 The basis for communication was the idea that science is not only incomprehensibly difficult, but also captivating, accessible, interesting, relevant and stylish. The last factor was also important for network buyers of «Drogerie» and household chemistry departments: there is practically no place on the shelves today - dozens of «eco» brands that look like two peas in a pod and compete only with prices and promotions.

The proposed idea of ​​«entertainment engineering» and the brand itself quickly found a response from the purchasers, who learned to distinguish between unique products and increasingly pay attention to the ideology, brand philosophy and audience, which such brands are capable to attract.

We developed our unique graphical language and tone of voice of communications, we successfully took the place between global and green brands, in essence forming our own lifestyle-chemistry category. 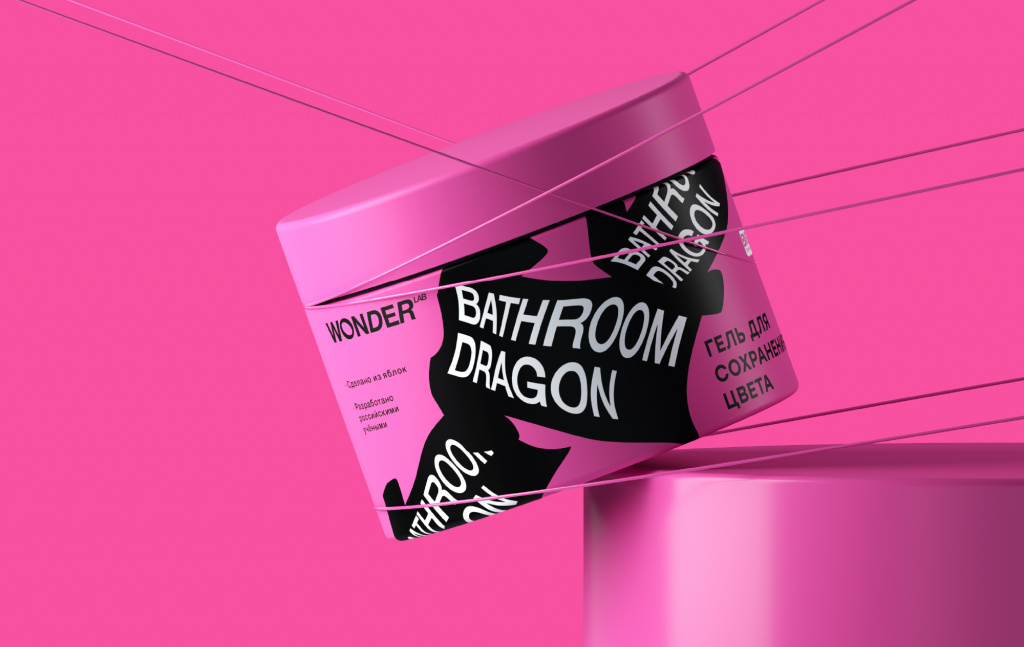 After the approval of the positioning, the development of the name and form of packaging began. The word «wonder» accurately described the new, really eco-friendly, wonder-brand - and immediately caught on. When designing the logo, we tried not to lose the very balance of «fun» and functionality. In general, the logo turned out to be neat, and thanks to the tilting of some elements, we managed to visually convey the ideology of «fungineering». 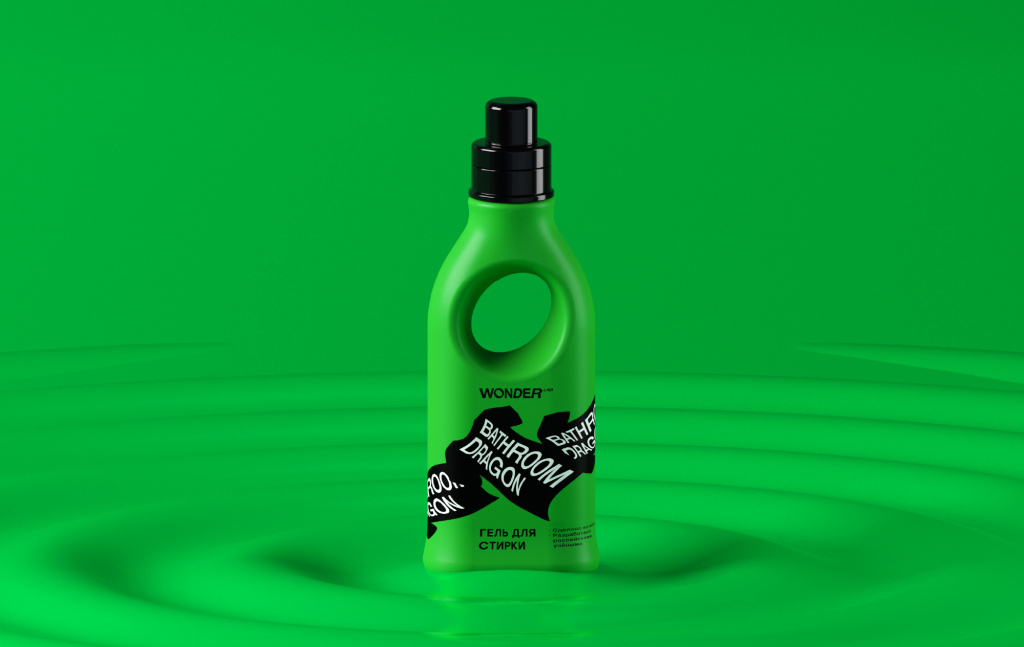 Inspired by the idea of ​​the invention, we wanted to offer an equally original and fresh approach to the form factor. We tried jars for detergents and in the form of outlines of vegetables, and in the style of «scientific» test tubes, and even took cross-category forms. As a result, the favorite was the idea of ​​a form factor, wh ere in one of the bottles an identity sign was already laid - a non-standard opening in the center of the package. 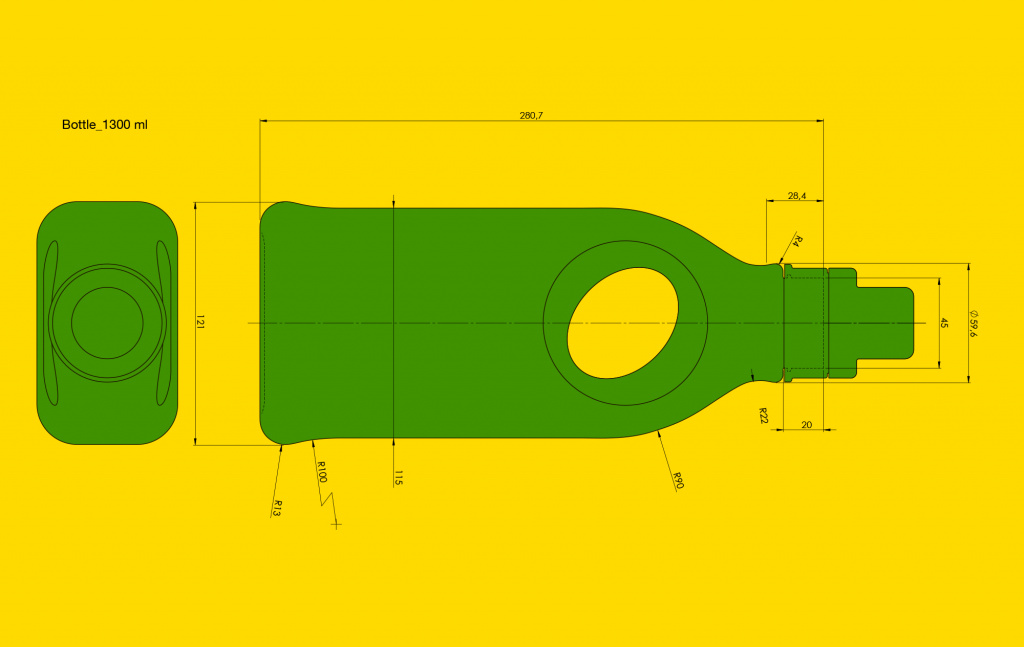 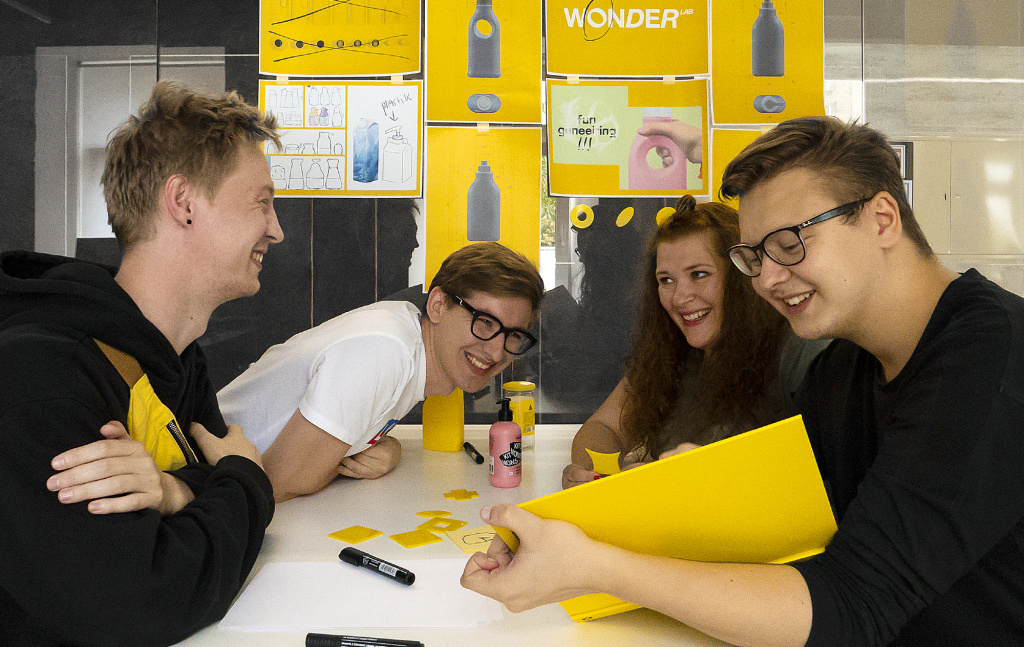 Nikita Ivanov, Depot design director: «For each SKU, we drew illustrations that visually reflected what a particular tool is needed for. A typography with its shape and location demonstrates the direction of washing. For example, on the image of the table the letters go in a circle - after all, we make such movements when washing the surface.» 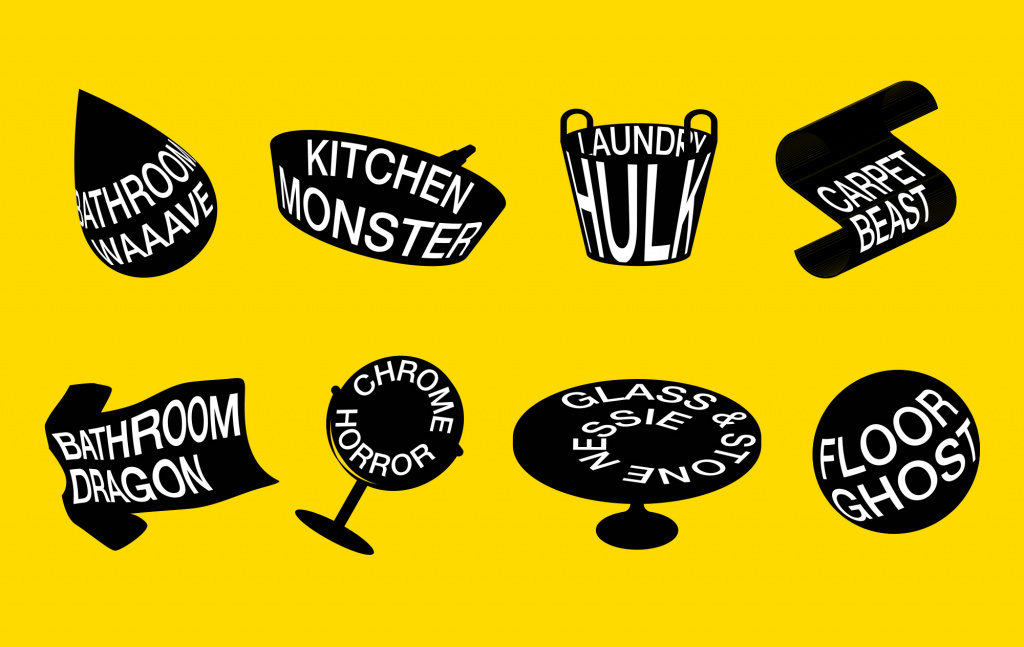 Andrey Elagin, the founder and owner of the business: «We are very pleased with the cooperation with Depot. The team was able to sense accurately and further formulate the key characteristic of our company - “fungineering”! And also identified the main RTB of our new brand - innovation and security. 100% hit in naming, platform and positioning. We did not have an understanding of what the packaging should be, however we wanted it to be unique and innovative! The project team managed with this task! We hope that this is not the last time that we work together to create something really big and important.» 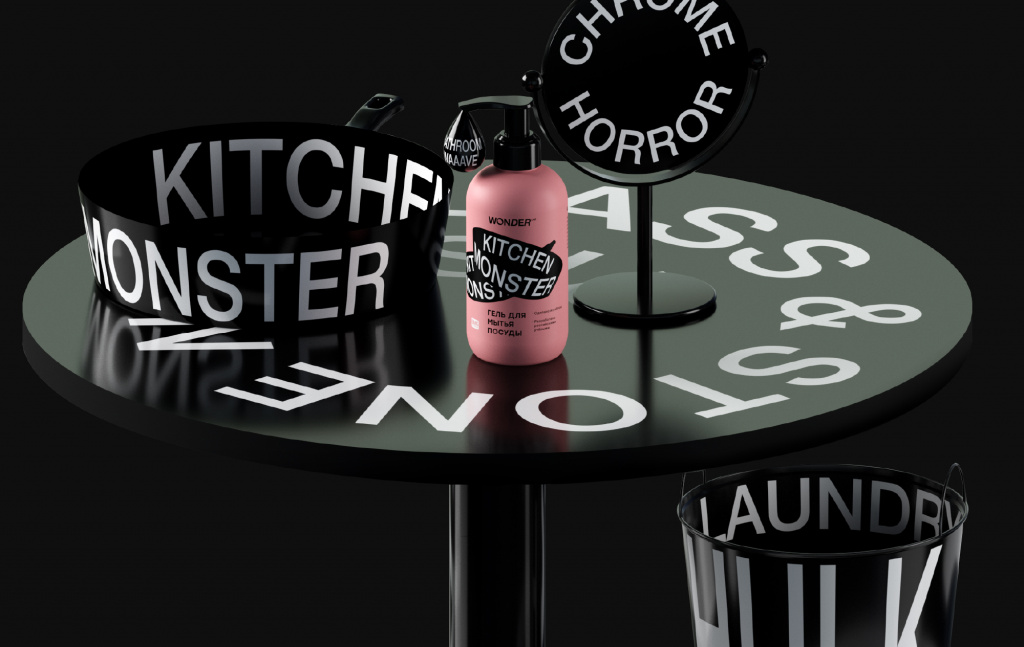 Information about the company
WONDER LAB solves the global problem of the world's freshwater shortages in several ways:
– water purification from oils, petroleum and petroleum products;
– oil spill response;
– washing of oil-contaminated soils;
– reduction of water consumption during the use of household chemicals.
BIOMICROGEL® is the main component for the production of our detergents and industrial chemicals. Polysaccharide microgels are made on the basis of bagasse, cellulose, maize and sugar beet pulp.
All products manufactured under the WONDER LAB тand BIOMICROGEL brands are made from fruits and vegetables. 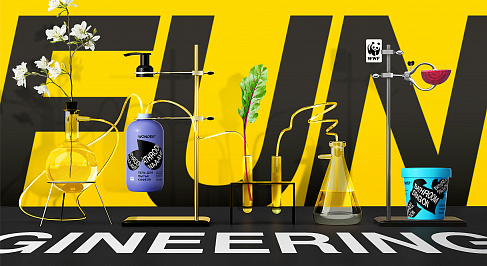