MOCCONA: the delicate allure of the moment 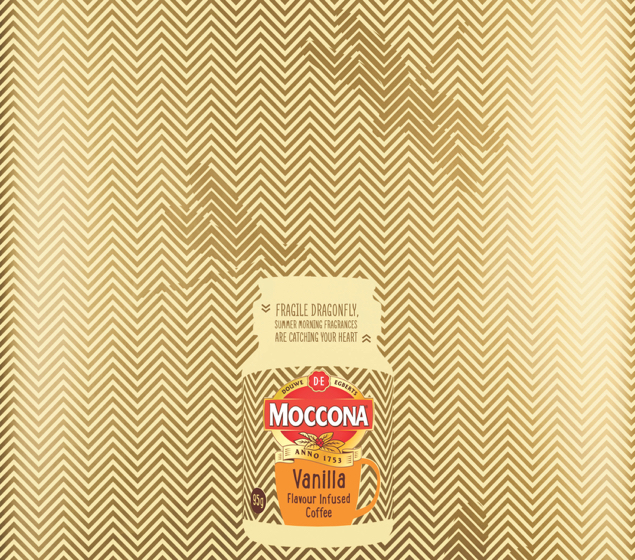 Flavor infused coffee is a special taste, scent, mood and delight of the moment. Customers expect to get certain emotions when they choose MOCCONA Vanilla, Caramel, Hazelnut or Chocolate. We have developed a special visual language – the language of the moment, mood and color to communicate just how elusive and delicate these emotions are.

This is the language the posters «speak» – recognizable branded patterns of MOCCONA turn into delusive and meditative pictures. Here are maple leaves falling in an empty autumn park, here are joyful dragonflies circling over a blooming meadow, here is a school of fish swimming by at our feet in clean river water. Due to a special technique of depiction these scenes may be seen in the golden patterns only when observe from particular angle: they appear and fade just like the scent of coffee. The mood of each poster is reflected in a short haiku.

«In a traditional Japanese poem, haiku, the author describes a moment, an impression of what he just saw or heard in three lines, — creative director of Depot WPF Alexandr Zagorsky comments. — In a short poem every word, every image counts. They become very meaningful and significant. The main principle of haiku is to write less and say more. We do the same thing in a visual way». 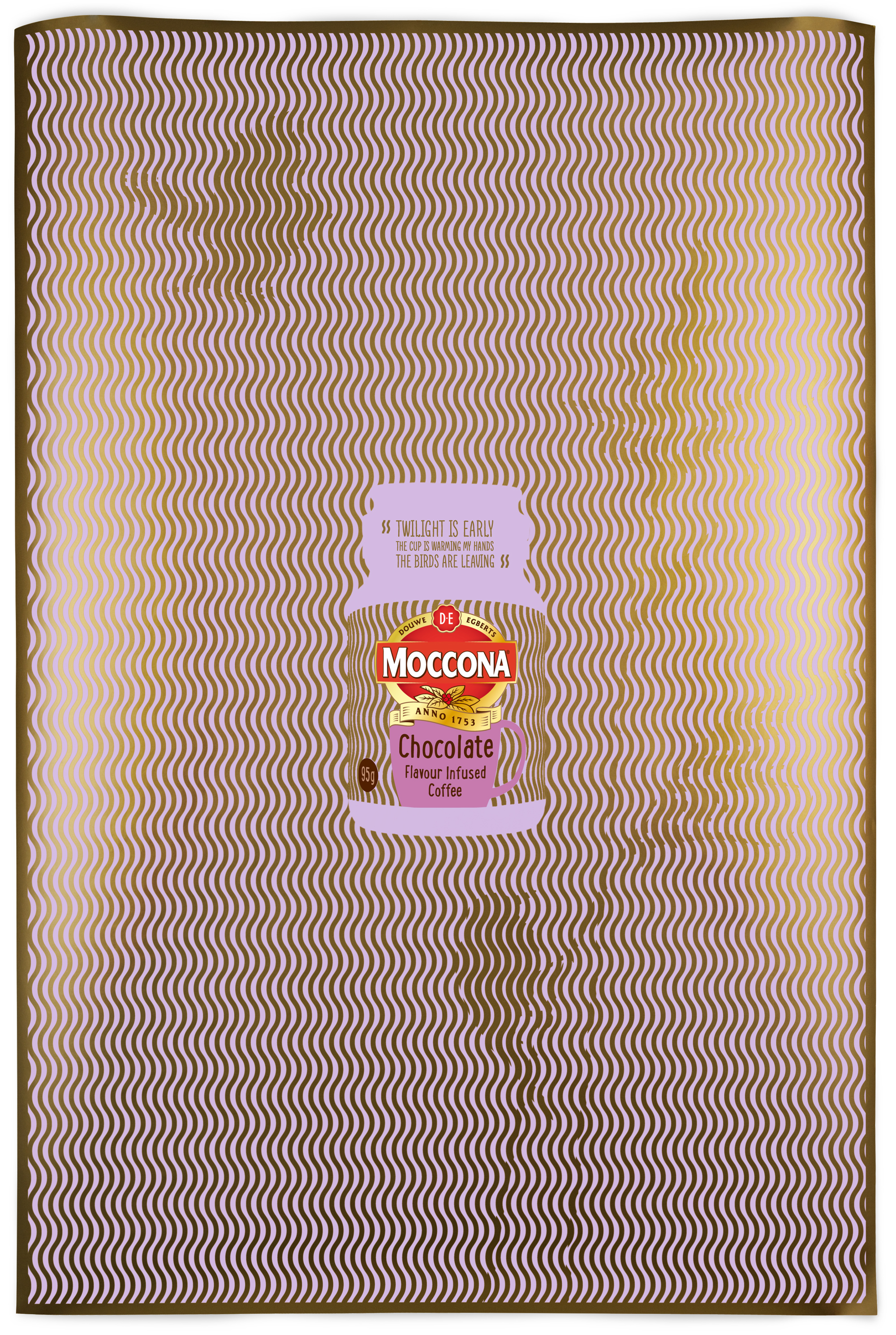 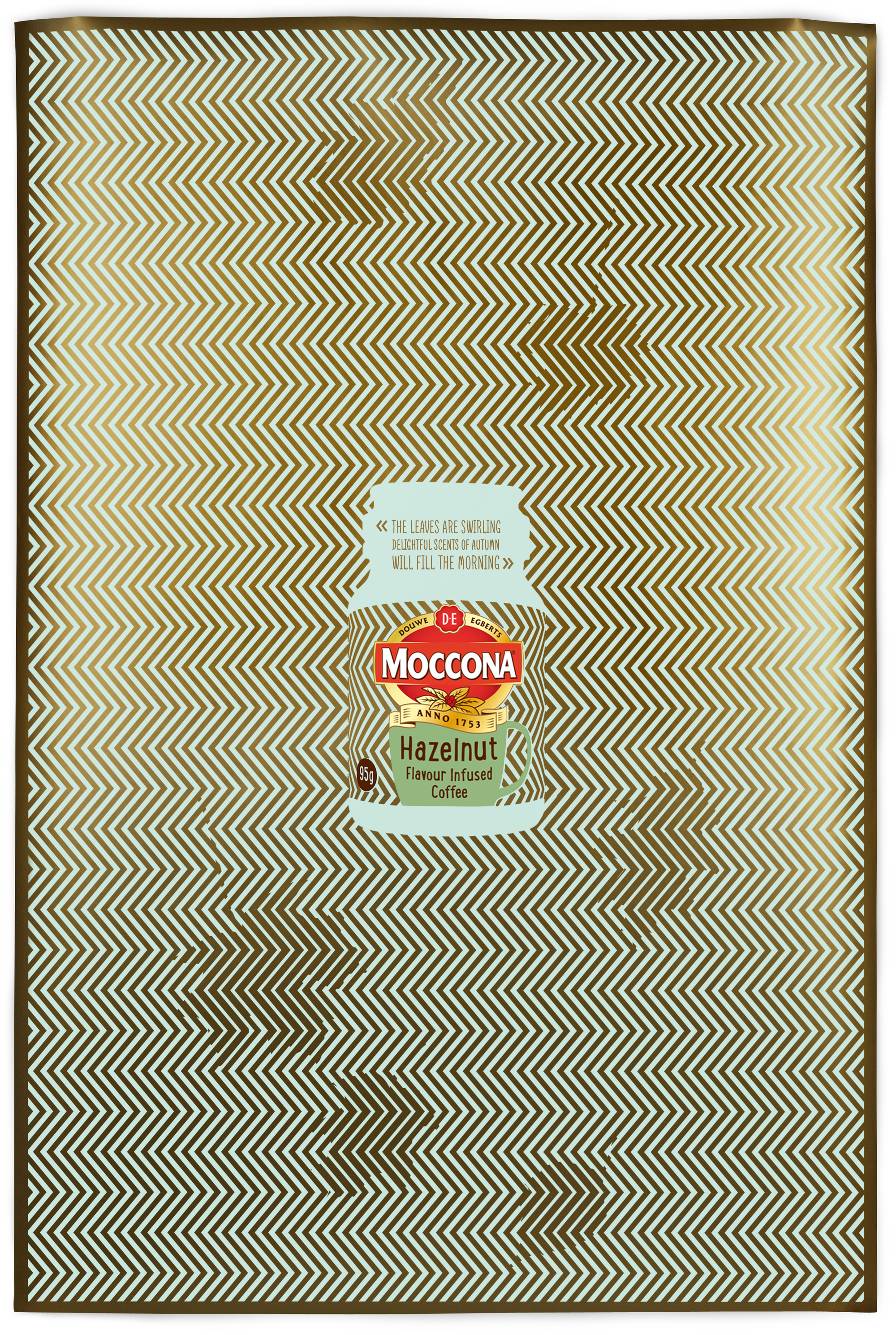 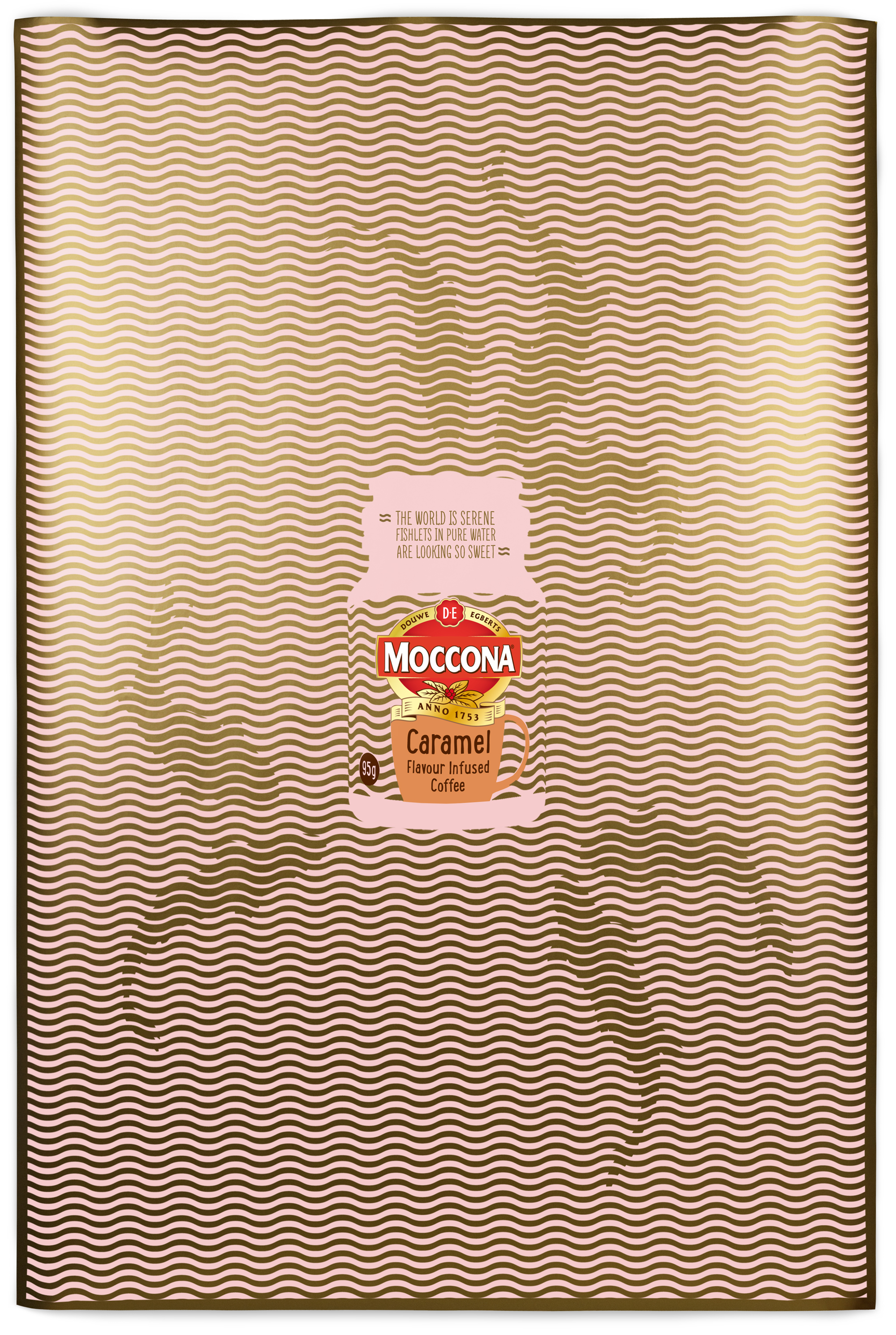 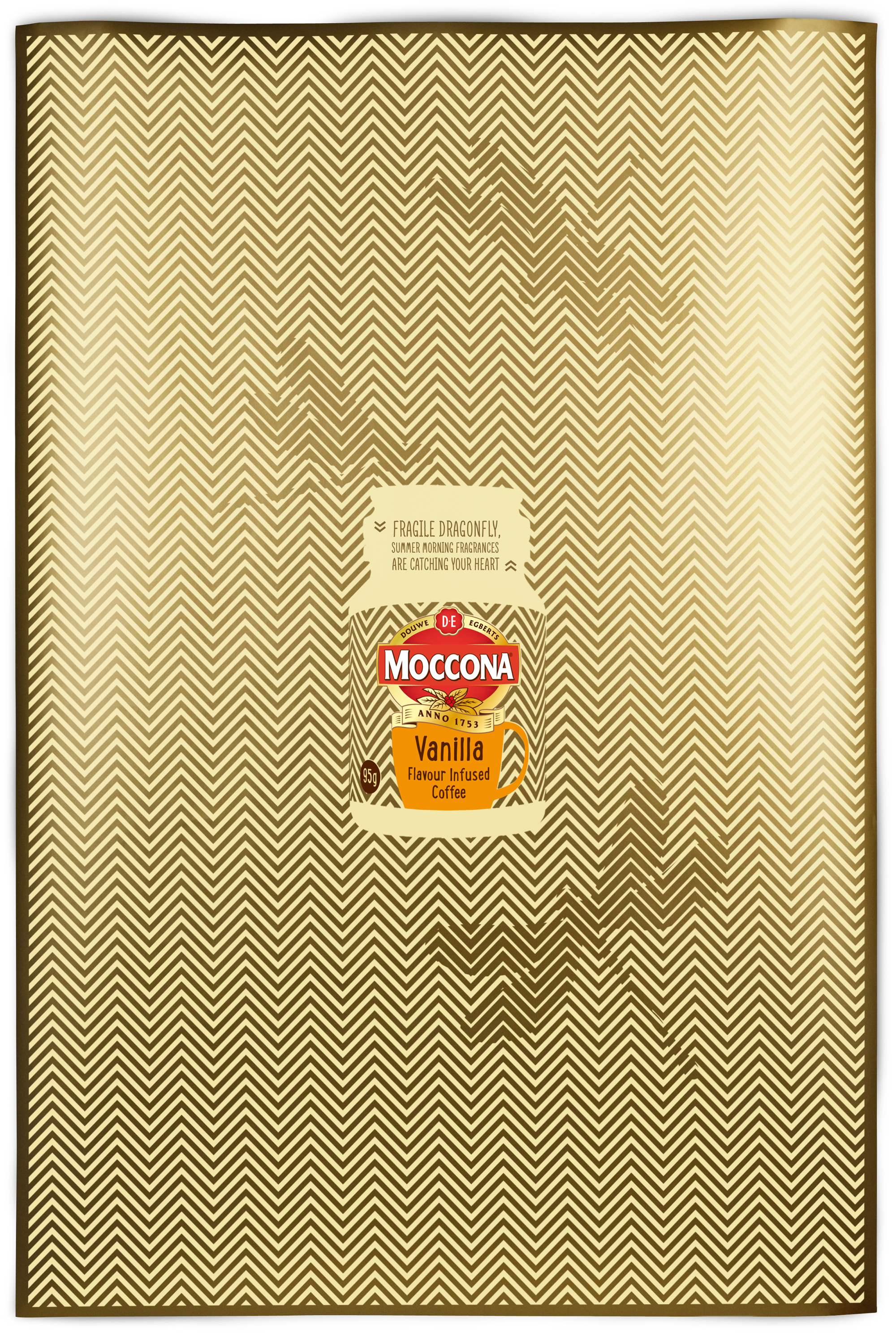 A co-project of MOCCONA and «Gastronom» magazine and portal has launched as part of the campaign. In order to demonstrate the uniqueness of MOCCONA flavor infused coffee more vividly experts from «Gastronom» came up with unusual coffee-based recipes and paired with famous guests of creative professions to cook these dishes. MOCCONA flavor infused coffee brings new colors to ordinary recipes. For example, the creative director of Depot WPF Alexey Fadeev has cooked roast beef with coffee and coffee brownie for the first time in his life.

MOCCONA and «Gastronom» hold competitions for coffee connoisseurs with artistic and dreamy state of mind. Anyone willing is provided with an opportunity to publish his own version of «coffee haiku» or to bring to life a coffee-based recipe. Every week the authors of the best haiku obtain a prize from MOCCONA. And foodies have a chance to win a master class at the «Gastronom» school and studio held by broadcaster and chef Denis Krupenya. 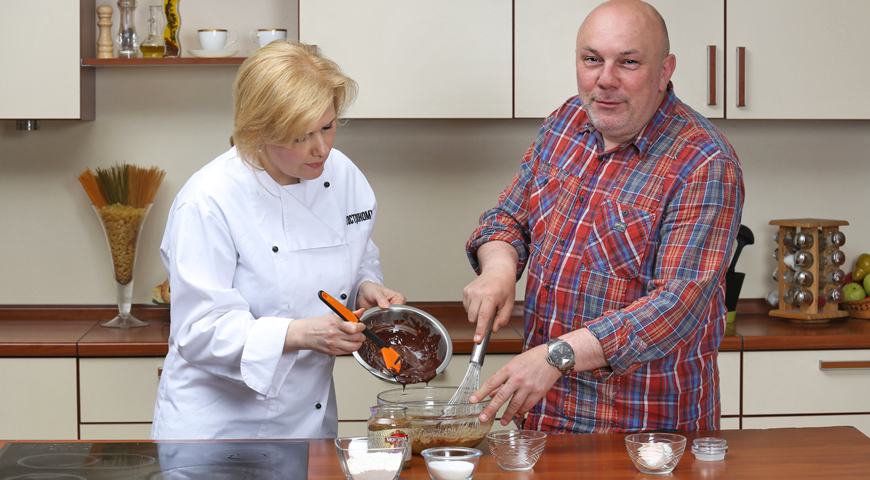 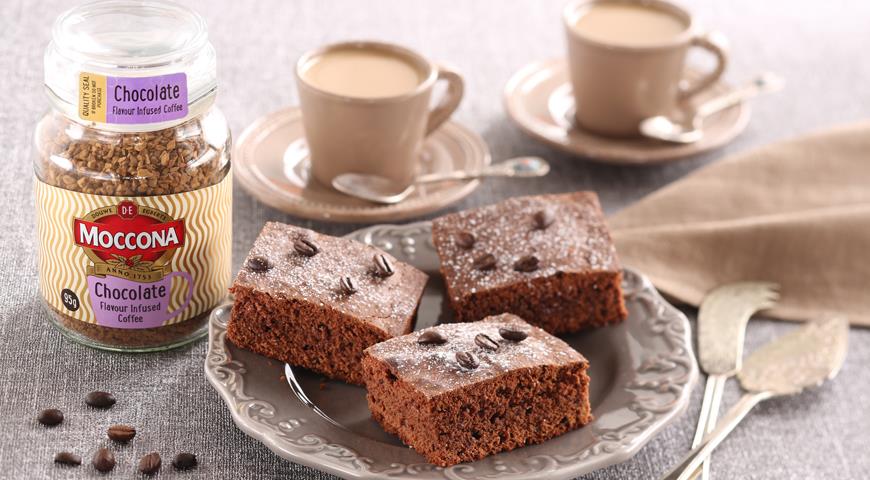 Let us recall that the packaging design of this MOCCONA product line was also developed by Depot WPF and launched in the beginning of 2014. 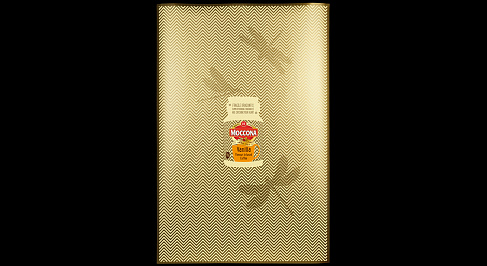